University Highlands Elementary has been designated a “Fair Trade School” – the first and only in BC.

There are 25 Fair Trade schools across Canada. A “Fair Trade” designation requires that a school community learn about Fairtrade products, which secure well-being for workers and farmers and help to ensure sustainable communities for all. Schools also need to incorporate Fairtrade certified products into their activities throughout the year.

Students on the University Highland’s “Green Team” have been taking the lead. They’ve been sharing information in classrooms with their peers to create awareness. They are also spearheading a fundraiser selling Fairtrade coffee, with proceeds going to the school’s community garden. The garden is one of the ways in which students are getting closer to their food source and building awareness around sustainability and the environment.

The school’s Principal, Mark Harding, says students have become so conscientious that they are now impacting the behaviour of the adults around them:

We had a popcorn sale the other day and the Green Team complained to the parent volunteers about the paper bags that they were putting the popcorn in. The parents replied that the bags were compostable. The students explained their position that it would be better for the environment if everyone brought their own bowl, instead. These are
10-year-old children who already understand that it’s the little things that change us and change the world.”

Students and their teacher – Kristina Carley, who has been sponsoring the Green Team – were presented with a framed certificate of their Fair Trade designation at SFU’s StreetFest held in September on Burnaby Mountain.

Learn more about other Burnaby Schools’ efforts to support community and the environment.

Learn more about fair trade and other Fair Trade schools. 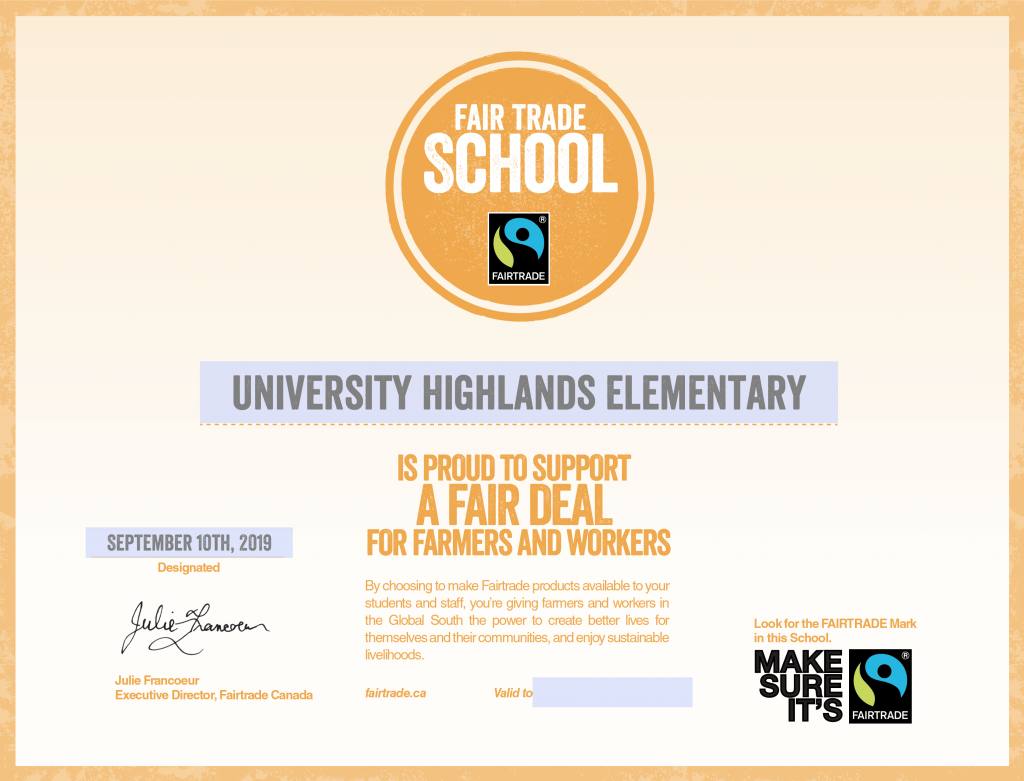