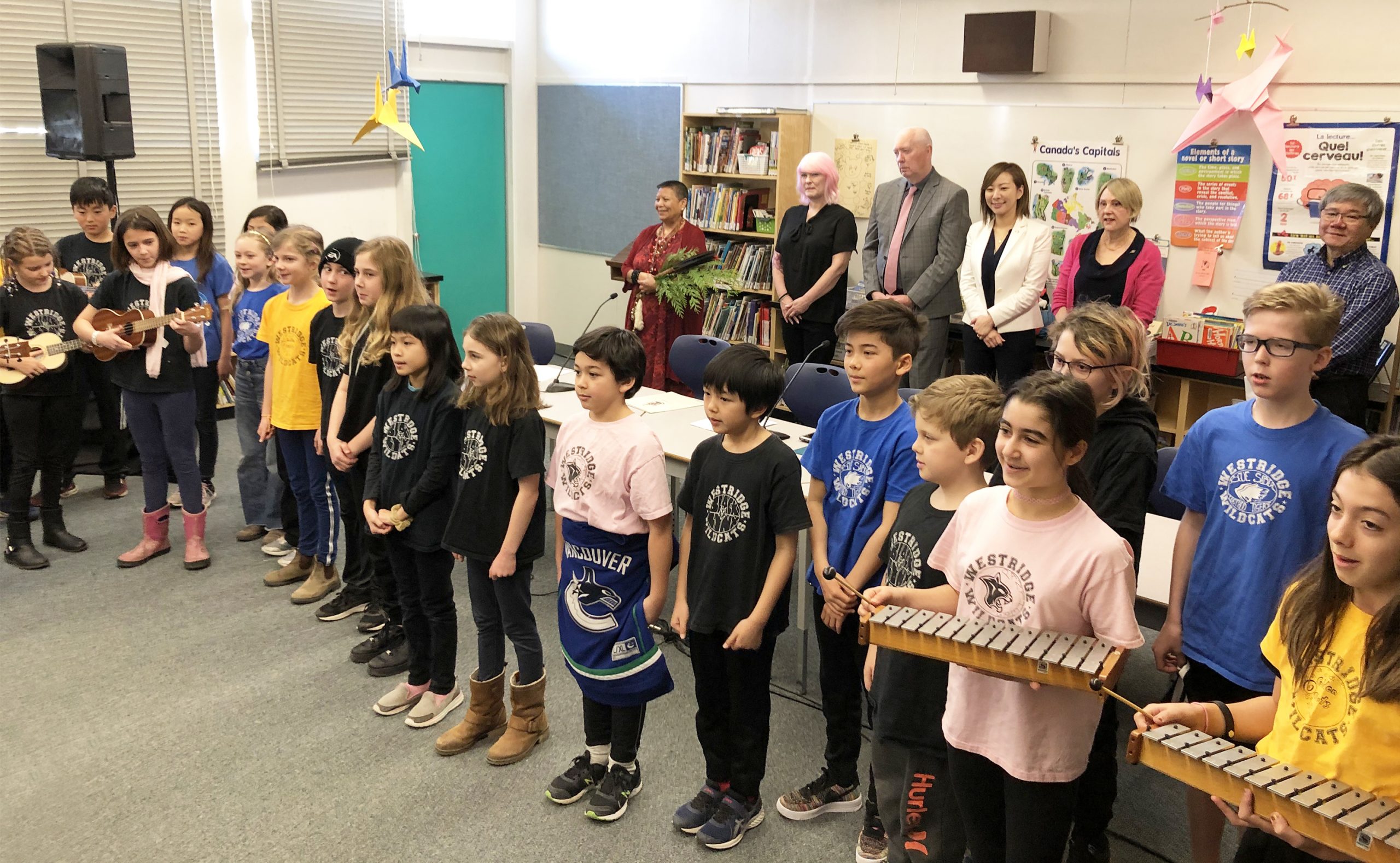 The Westridge Elementary community was joined by special guests for a major childcare announcement on March 9. The District is partnering with the Province and the City of Burnaby to create 601 new spaces at eight different locations on school district property.

Gary Wong, Board Chair, Burnaby Board of Education:

This announcement is the realization of the dream laid out in our childcare plan for the Burnaby School District. Our plan builds on a history of helping. While it’s public education that is our core business, for more than 35 years we’ve made space available in our schools and on our properties for service providers to offer high quality childcare.”

The 601 spaces will be added at these eight locations:

The new spaces are part of the plan for the District released last September. The Project Definition Report: Before and After School Childcare proposed a combination of before and after school care and pre-school aged childcare spaces. That recommendation and others in the report were formulated after extensive consultation with parent groups, childcare providers, and other stakeholders.

Not all of our school sites can accommodate additional childcare, and therefore the report proposes using a “hub approach” where multiple schools feed into the nearby childcare centre, instead of just the school fortunate enough to have the facility. In our plan, all 41 elementary schools would have either access to a hub or a centre on their property. As with existing centres on district land, service providers would be responsible for operating and managing the proposed facilities.

The District provides the sites for the projects, with the City contributing capital costs for spaces for younger children and funding from the Province for before and after school spaces.

Each site will provide inclusive environments for children, including serving those with extra-support needs, as well as vulnerable populations, Indigenous communities, and families who are new to Canada.

Partnerships with the Province and the City were crucial and central to making this happen.

These new spaces are being created through the collective strengths of our partners. The City of Burnaby and the Burnaby School District have been one of the first to step up and work with the province to deliver hundreds of spaces at a time.”

High-quality, affordable childcare helps families choose to live and work in Burnaby. That helps our business community maintain and attract the work force they need to keep our economy strong.”

Learn more about the history of the proposal for more childcare spots in the District.

The government has funded 13,000+ new childcare spaces in BC since its New Spaces program began in July 2018.

Learn more about the Province’s full announcement for Burnaby.