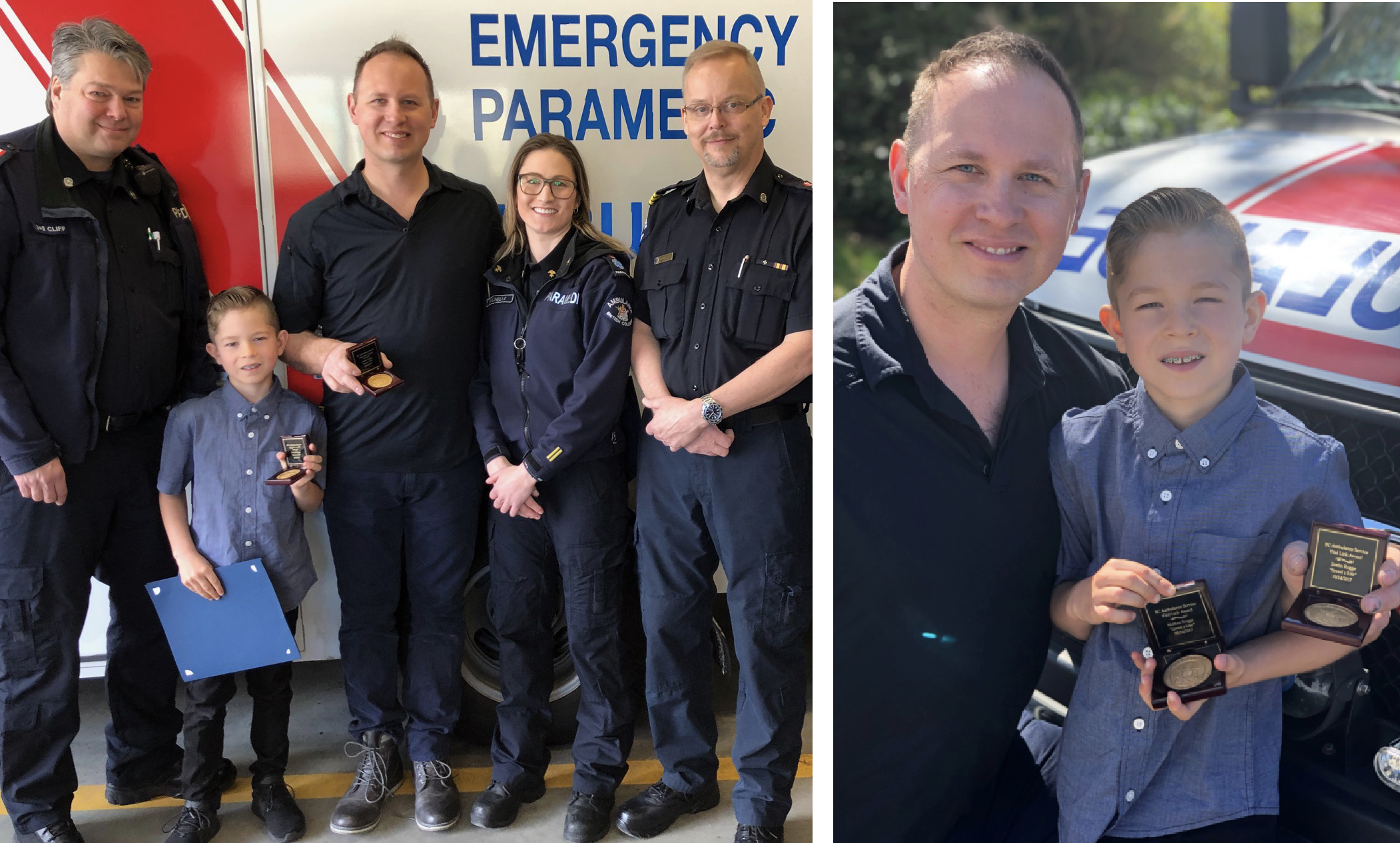 A Grade 3 student at Lochdale is believed to be the youngest person ever to receive a Vital Link Award. Presented by BC Ambulance, the award honours the skillful actions of bystanders at a cardiac arrest emergency. Nathan Rugge received the award in May, along with his father Justin for their actions in October of 2017.

It was a Saturday and father and son were on their way to school to retrieve a soccer ball left behind the day before. The moment they arrived, they were approached by a lone man appealing for medical help for his unresponsive friend. Justin Rugge immediately called 911, and began to perform CPR on the man lying on the ground.

Six-year-old Nathan ran to the front of the deserted school to wait for paramedics. Every minute counts in a cardiac arrest, so it was critical that Nathan was waiting to quickly guide first responders to the remote treed area behind the school. Because of their combined efforts, the man in distress went from unresponsive to breathing. Rugge says he knows things could have gone differently:

I couldn’t have done it without Nathan. It was great that we were both there together at that time, and that man was saved.”

Nathan’s dad says it was a life experience for them both. He hopes his son has learned that you shouldn’t walk away, and instead you should, “jump in there and help someone. The paramedics said there’s a lot of people that would turn away from the situation. I hope Nathan has picked up on that.”

What did Nathan learn from his experience?:

I learned that you should help people that need help.”

He says he’s proud of the certificate and medal that says, “me and my dad saved a life.” 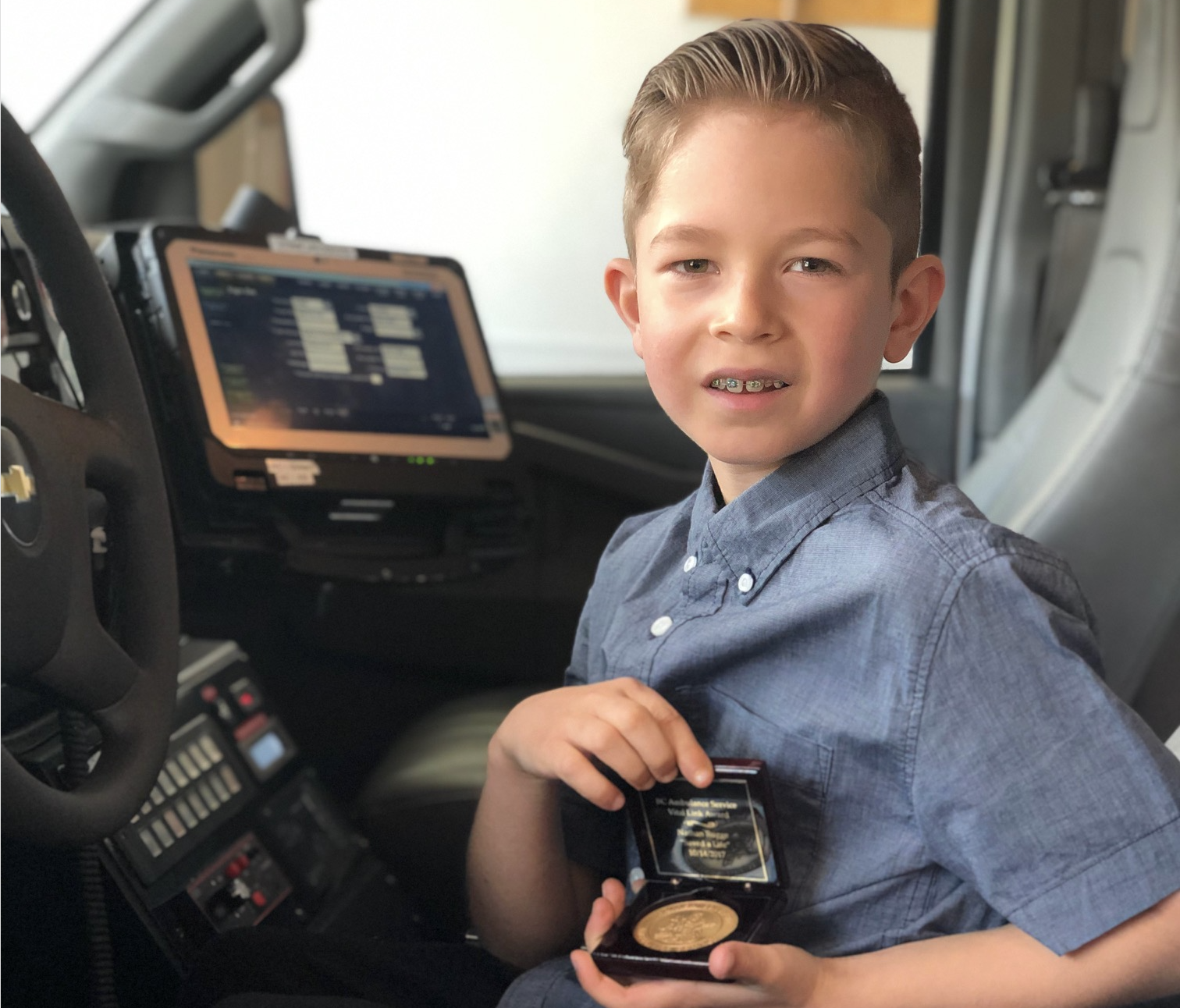