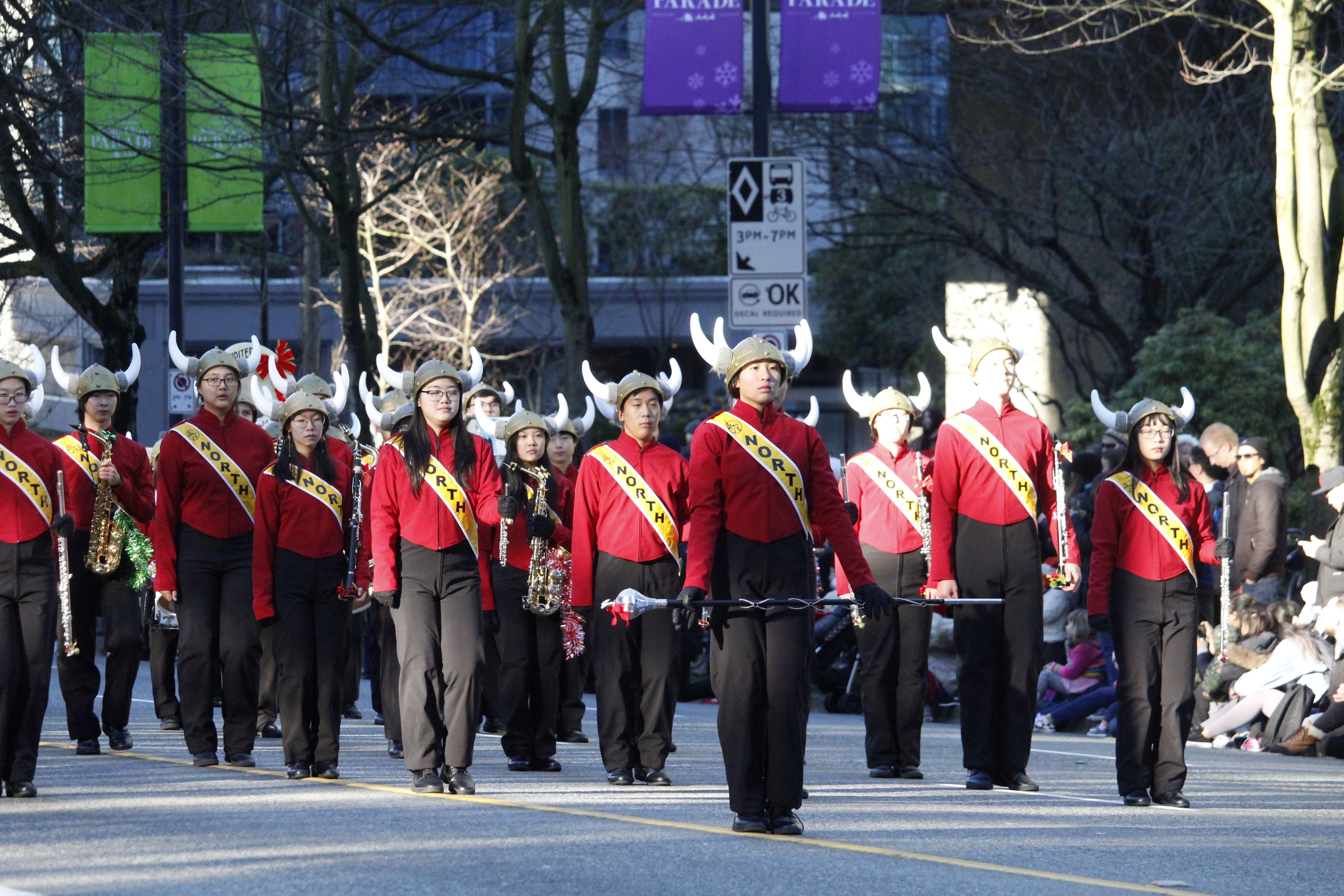 Students throughout Burnaby Schools are celebrating the holiday season by sharing performances with family, friends and the community.

The Burnaby North Vikings Marching Band launched the festivities with its rendition of “Santa Claus is Comin’ to town” performed in front of thousands of people at the annual Vancouver Santa Claus parade. Burnaby North Secondary’s well-known marching band is one of only a small number of high school marching bands in the province. The students have been showcasing their unique talent in the parade and others in North America for many years.

The District’s Sound Wave Handbell Choir plays all over the Lower Mainland and has been especially busy lately playing holiday events. Watch and listen to them here on CBC’s Canadian Music Class Challenge. The group is made up of students in Grades 7 to 11 from five Burnaby Schools. The group has been directed by Janet Nordstrand, Kindergarten to Grade Seven Music Teacher at Ecole Inman, since it began in 1999. 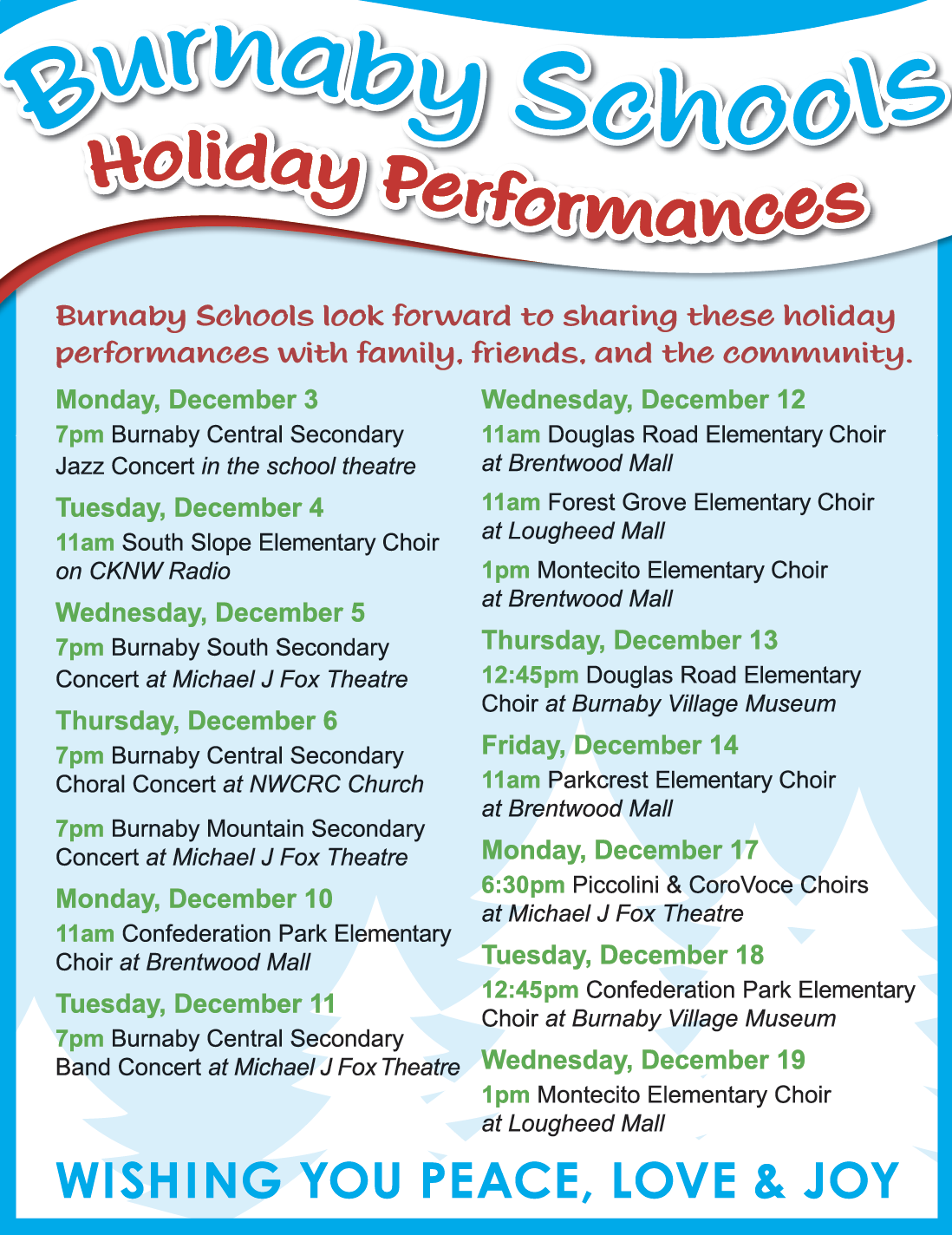