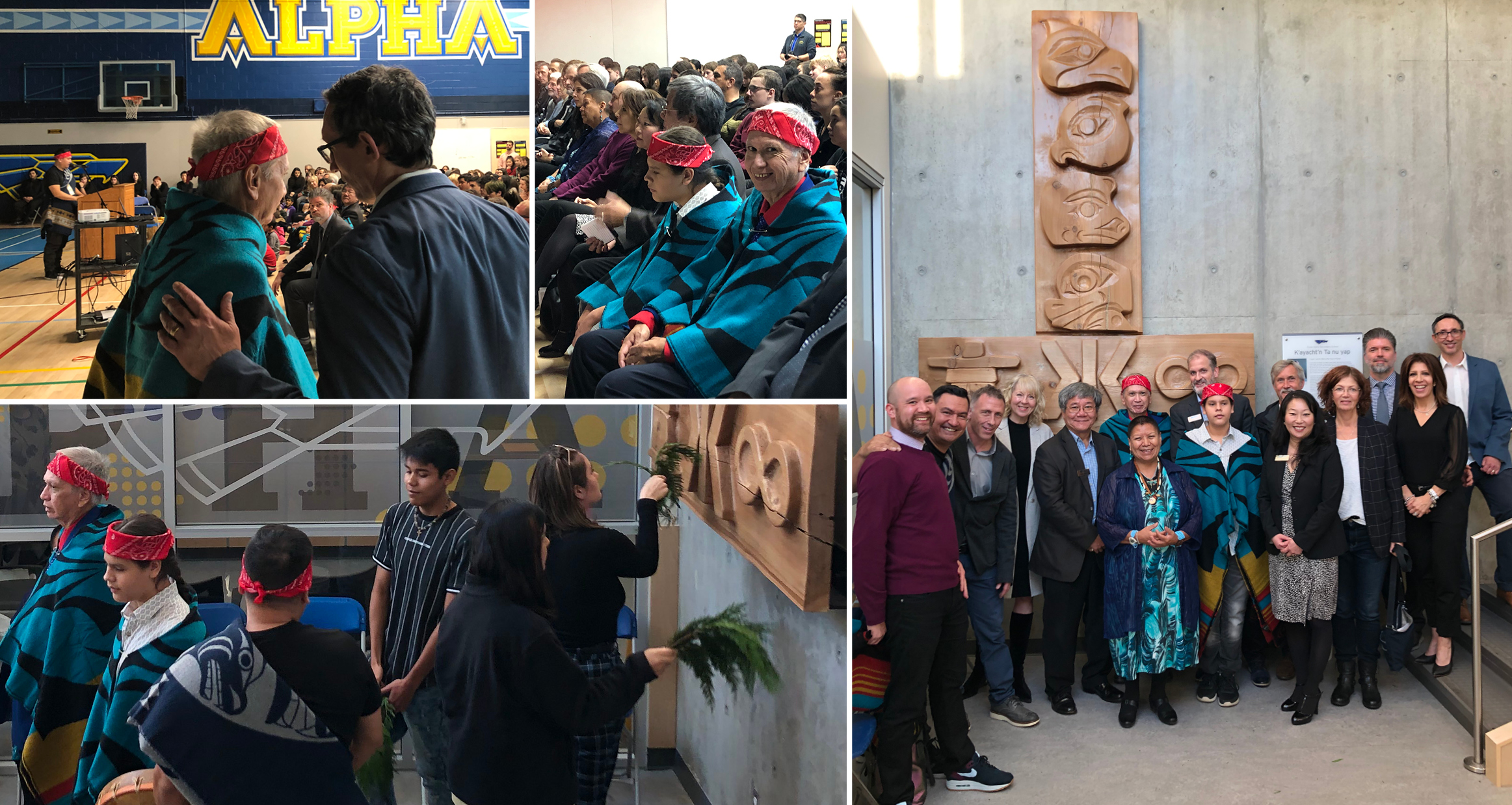 Alpha Secondary held a Blessing Ceremony for its newly completed Coast Salish Storyboard, which was created under the guidance of Squamish elder and artist Latash Nahanee.

Nahanee and the school’s students and staff spent many months creating the project. Additionally, Alpha welcomed elementary students from within their catchment into the woodshop to help work on the art for their future secondary school.

Each symbol carved into the 400-year-old cedar log was chosen for its meaning to the school community, including representation for wisdom, leadership, teacher, friendship, and the joining of cultures.

Of the Métis infinity symbol, Nahanee shared with students the depth of meaning it has on the storyboard:

We are all together in this.”

Protocol at the Blessing Ceremony was led by members of the Squamish Nation, including Chief Ian Campbell who was the MC. He began by telling guests:

It was illegal until about 1951 to do these types of ceremonies. I truly commend Alpha and the school district for taking ReconciliAction.”

“ReconciliActions” aim to bring Indigenous and non-Indigenous people together in the spirit of reconciliation to create awareness, share, and learn.

The Board Chair, Vice-Chair and Superintendent were among the official witnesses at the ceremony. Chair Gary Wong thanked the artist:

You have given us a gift in this carving, and the journey has perhaps been just as important. I thank you for sharing your wisdom and stories with our students and staff along the way.”

This storyboard is a celebration of the connections we have in our school.”

Within this storyboard lies the power of friendship, inclusion and reconciliation.”

Elder Roberta Price and teacher/counsellor Jeremy Berkbigler were also official witnesses. The blessing and ceremony acknowledged the work of all and is a traditional way for the artist to pass responsibility for the piece to the community who is receiving it.

Grade 9 student Ben Hourie spent dozens of hours on the project – both with Nahanee and his assistant Chris Fyfe – and was also honoured by being blanketed.

The finished storyboard is displayed at the front entrance as a symbol to everyone that Alpha stands for inclusivity, acknowledges the Coast Salish land on which it stands, and welcomes all who come to the school.

Watch a video created by Alpha Secondary about the making of its storyboard including an interview with carver Latash Nahanee, and thoughts from Vice-Principal Ben Paré on “reconciliAction” at the school. 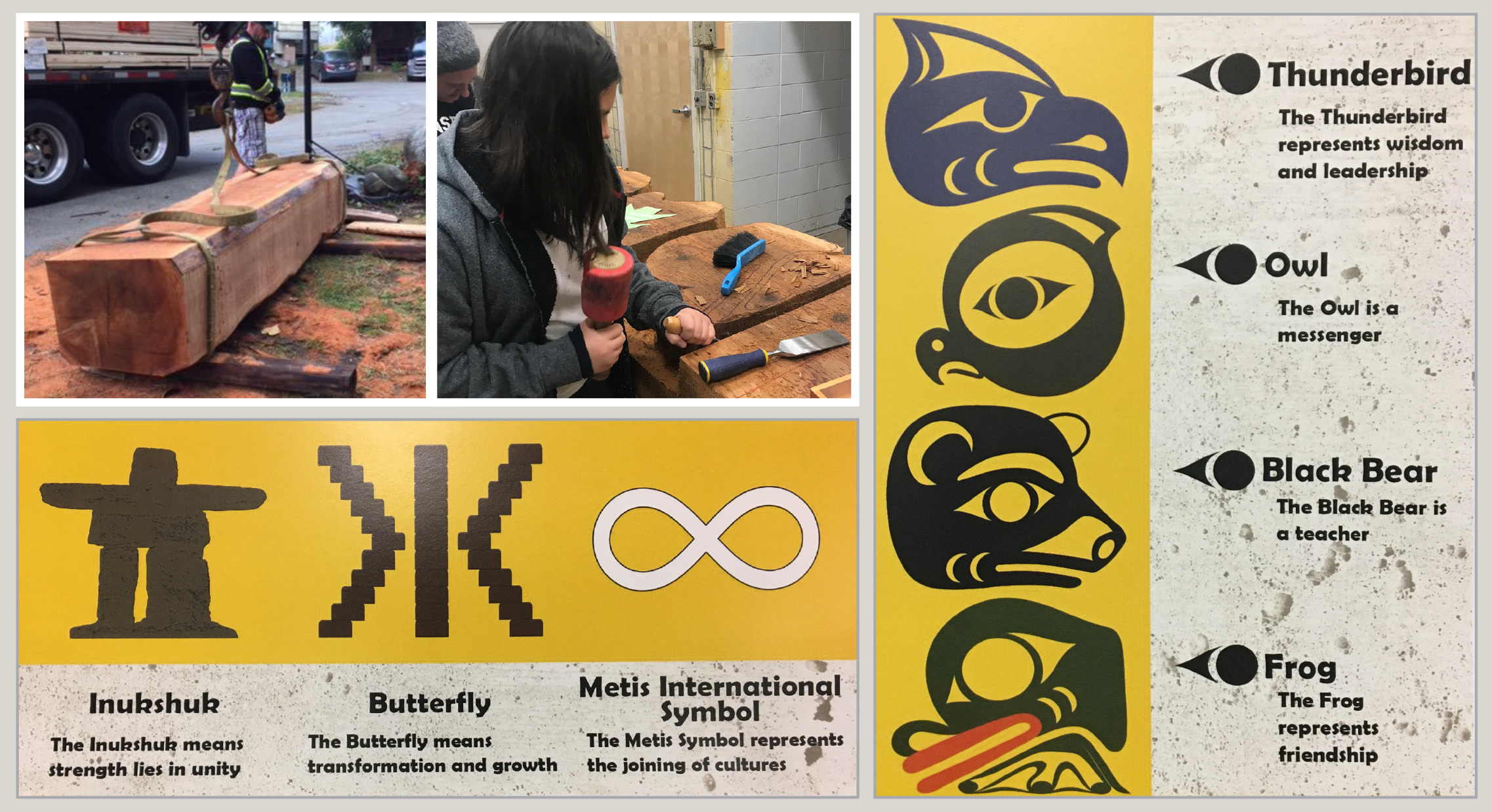