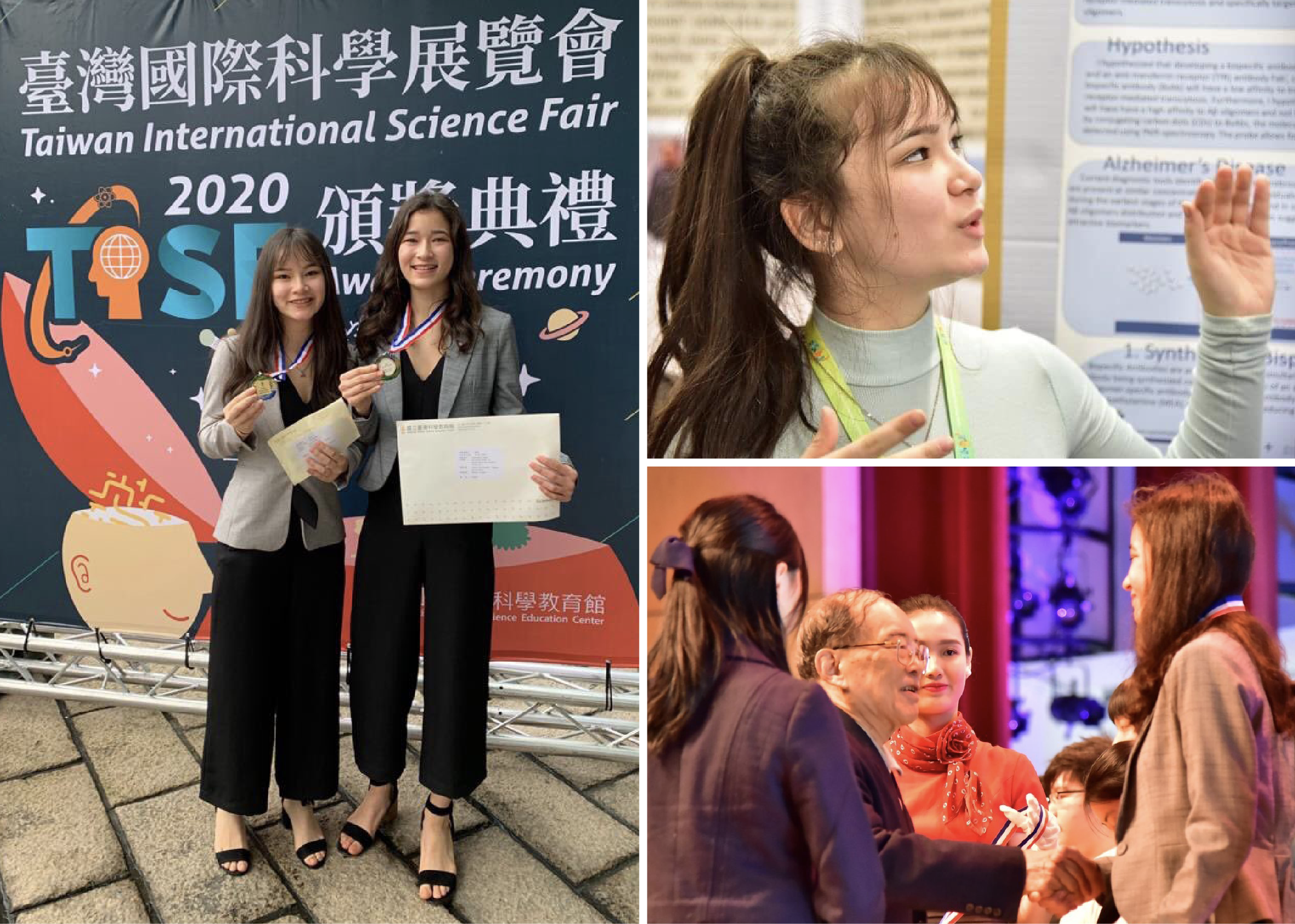 Burnaby North Secondary students Claire and Vanessa Scrimini (first photo L to R) were BC’s only representatives at the International Science Fair held in February at the National Taiwan Science Centre in Taipei. The Grade 11 twin sisters took second place in their category with their project “Algae Meets Fungi,” which also won Gold at the National Science Fair last May.

Through meeting criteria, including a series of competitions over a period of years, each of the nearly 300 young scientists earned their place to be there. Vanessa noted that the contest was fierce over the five-day international event with students representing 20 countries:

It was quite intimidating knowing that we were competing against the smartest young scientists from all over the world. Every person in the room found a method of solving a unique issue. It was absolutely amazing to gain perspective regarding what other innovators are doing globally and it gives me hope for our future.”

The opportunity in Taiwan also provided the Burnaby North students with a chance to have a cultural exchange with their international science peers. Claire described the experience as educational and culturally enriching:

We had the amazing opportunity to meet many like-minded individuals and share our work with students from all over the world. We learned so many new things, from interesting experiments to useful Mandarin phrases. This competition is one we will never forget.”

Back in BC, Vanessa and Claire were part of the Burnaby Schools contingent that dominated at the last regional competition and went on to win at the national science fair. At the Greater Vancouver Regional Science Fair in April 2019, students from our district made up nearly half of the team from BC who went on to compete at nationals: eight of 17. Six of our students won medals at nationals, as well as significant scholarships from post-secondary institutions.

Donna Morgan oversees science for the District. She attributes the broader success of Burnaby Schools students to a deliberate shift to more inquiry-based learning, of which science projects are a natural fit. That has given more students exposure to science fairs and helped them to develop strong skills and projects that judges recognize.

Donna Morgan says she is impressed with Claire and Vanessa’s accomplishments, which go beyond their latest medals:

Equally impressive has been their commitment to sharing their love of science experiments with younger students who are following their journey like they are rock stars — science rock stars!”

The sisters co-founded a Science Leadership Program where they go into elementary classrooms in the District. They share hands-on STEM (science, technology, engineering and mathematics) lessons, and mentor the younger students on their science fair projects.

In addition to creating original scientific research, competing in science fairs at any level offers students the chance to collaborate and develop communications skills, as well as critical and creative thinking. 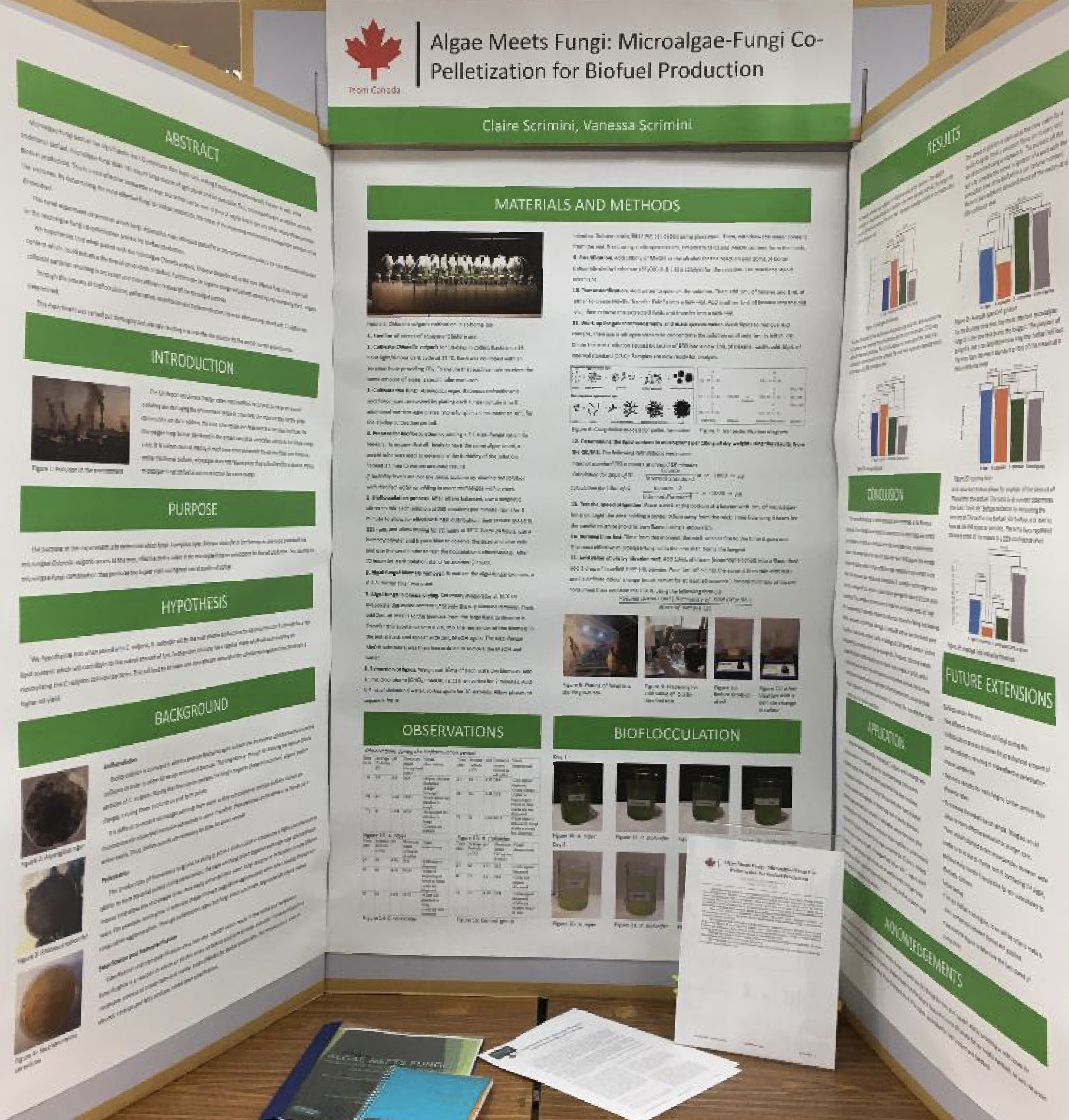