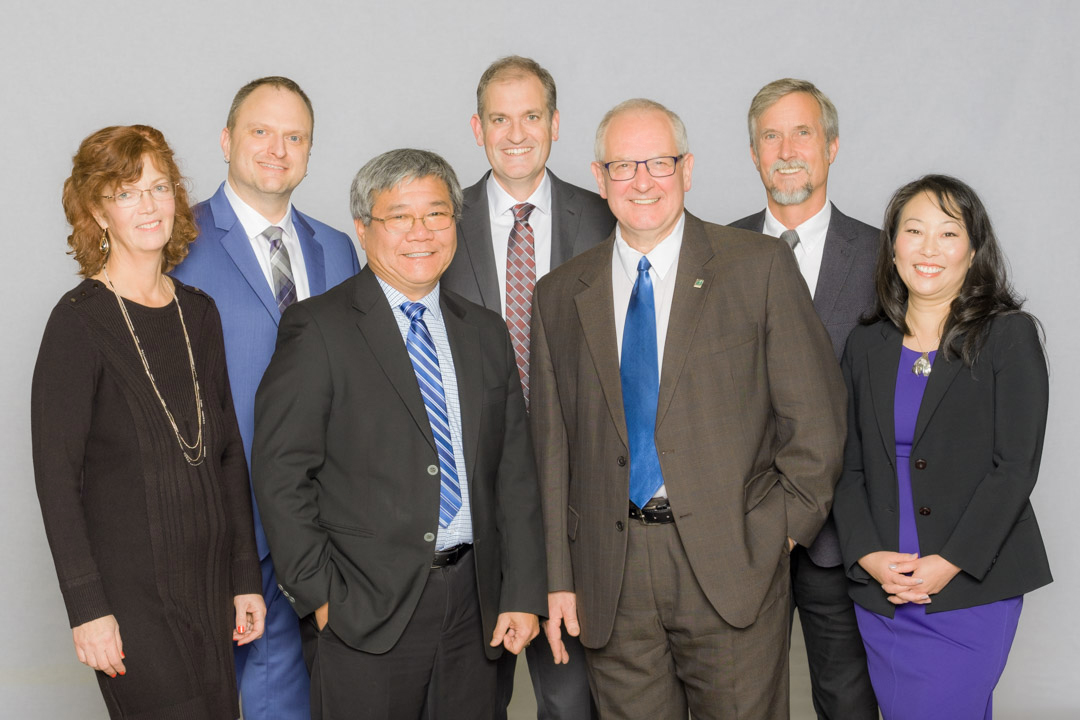 Elected school trustees were officially sworn in at the inaugural meeting of the Burnaby Board of Education on Monday, November 26, 2018. The Board is comprised of two long-term incumbents and five new members. They are (L to R):

Christine Cunningham was a property rights lawyer for children and youth for 30 years. She studied at Simon Fraser University and obtained her law degree from the University of British Columbia.

Ryan Stewart is a Simon Fraser University Political Science graduate. He was a founding director at-large of the Public Education Network Society (PENS).

Gary Wong has been a Burnaby Schools Trustee since 2008. He’s held numerous positions in the community, including a Director for the Vancouver Legal Assistance Society, Vice-Chair for the Burnaby Public Library Board, and Governor for Langara College.

Peter Cech sits on Burnaby’s Sustainable City Advisory Committee, and has served on the Traffic Safety, Transportation and Environment Committees. He has adult children who attended Burnaby Schools.

As a mother of Burnaby Schools students, Jen Mezei has been an involved parent and is the current Chair of the Burnaby Board of Education. She has served as Burnaby DPAC Chair and President of the BC Confederation of Parent Advisory Councils (BCCPAC).

The Board of Education, in accordance with the School Act, is a policy-making body whose primary function is to establish procedures and guidelines for the operation of the public schools. Local boards of education are responsible for producing a budget, administering expenditures, and liaising with individual schools through the School Trustee Liaison Program. Trustees are elected for a four-year term during civic elections.