Congratulations to our district’s school trustees, who were officially sworn in at the inaugural board meeting for their term on Tuesday, November 22.

The welcome and opening were generously provided by Knowledge Keeper Tsnomot (Brad) Baker of the Squamish Nation and Elder Dr. Roberta Price from the Coast Salish Territory of Snuneymuxw and Cowichan Nations. Trustees took their oaths of office and allegiance in front of family, friends, staff and special guests. Greetings were also shared by the President and Chairs of partner groups representing students, parents, principals, teachers and CUPE workers. Student violinists performed and youth from the District Student Advisory Council shared the Song for Courage, which honours transitions and was gifted to the District by Sherryl Sewepagaham, a Cree-Dene artist from the Little Red River Cree Nation. See the full inaugural meeting program here. Scroll down to see more images from the event and meeting.

The Burnaby Board of Education chose their Chair and Vice-chair, as noted below, who will serve a one-year term. The recently elected Board is comprised of five incumbents and two new trustees. They are:

The above links share more information about each trustee, as part of profiles published by the Burnaby Now.

The Board of Education, in accordance with the School Act, is a policy-making body whose primary function is to establish procedures and guidelines for the operation of public schools. Local boards of education are responsible for producing a budget, administering expenditures, and liaising with individual schools through the School Trustee Liaison Program. Trustees are elected for a four-year term during civic elections, which were held in October 2022. 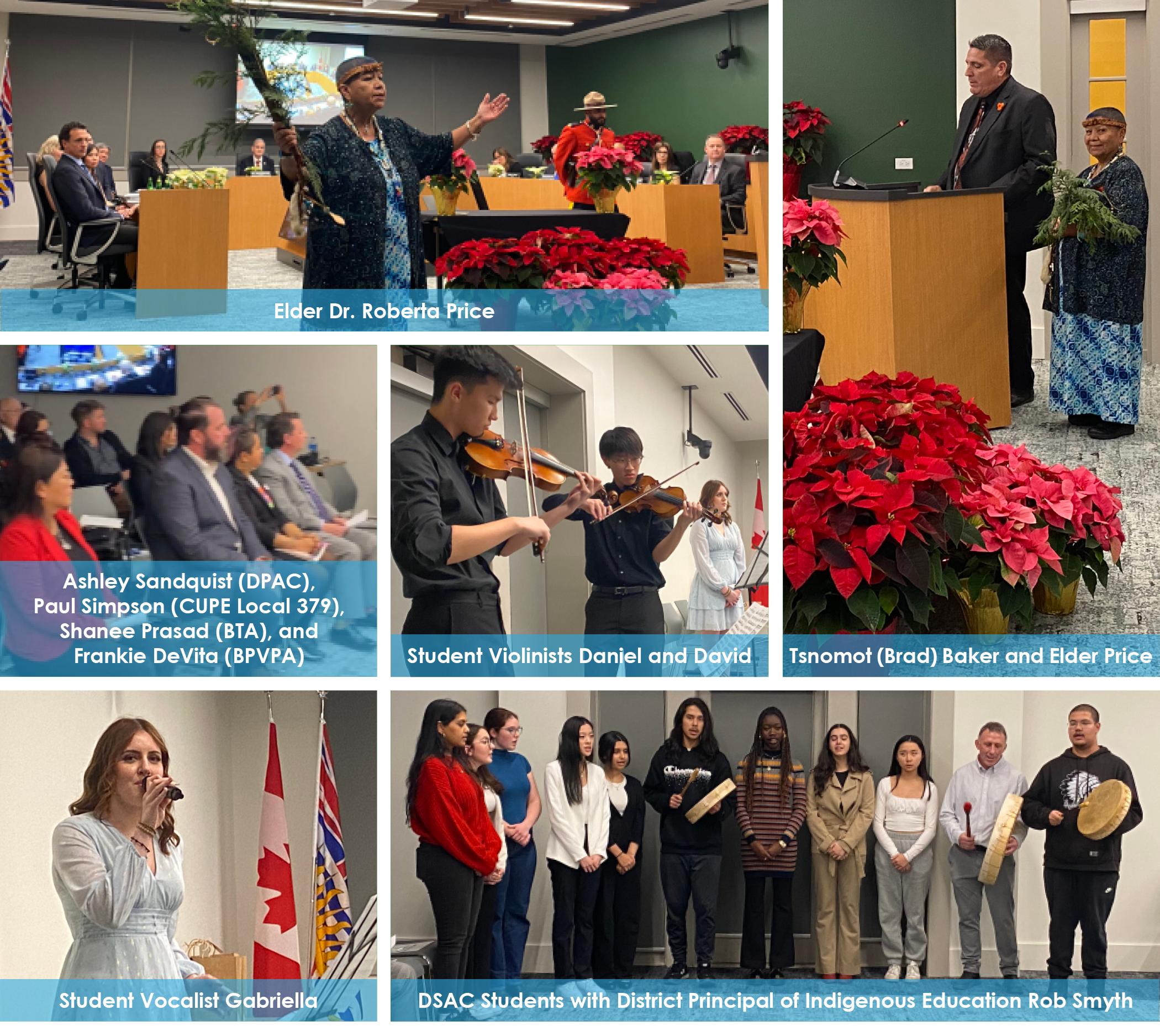