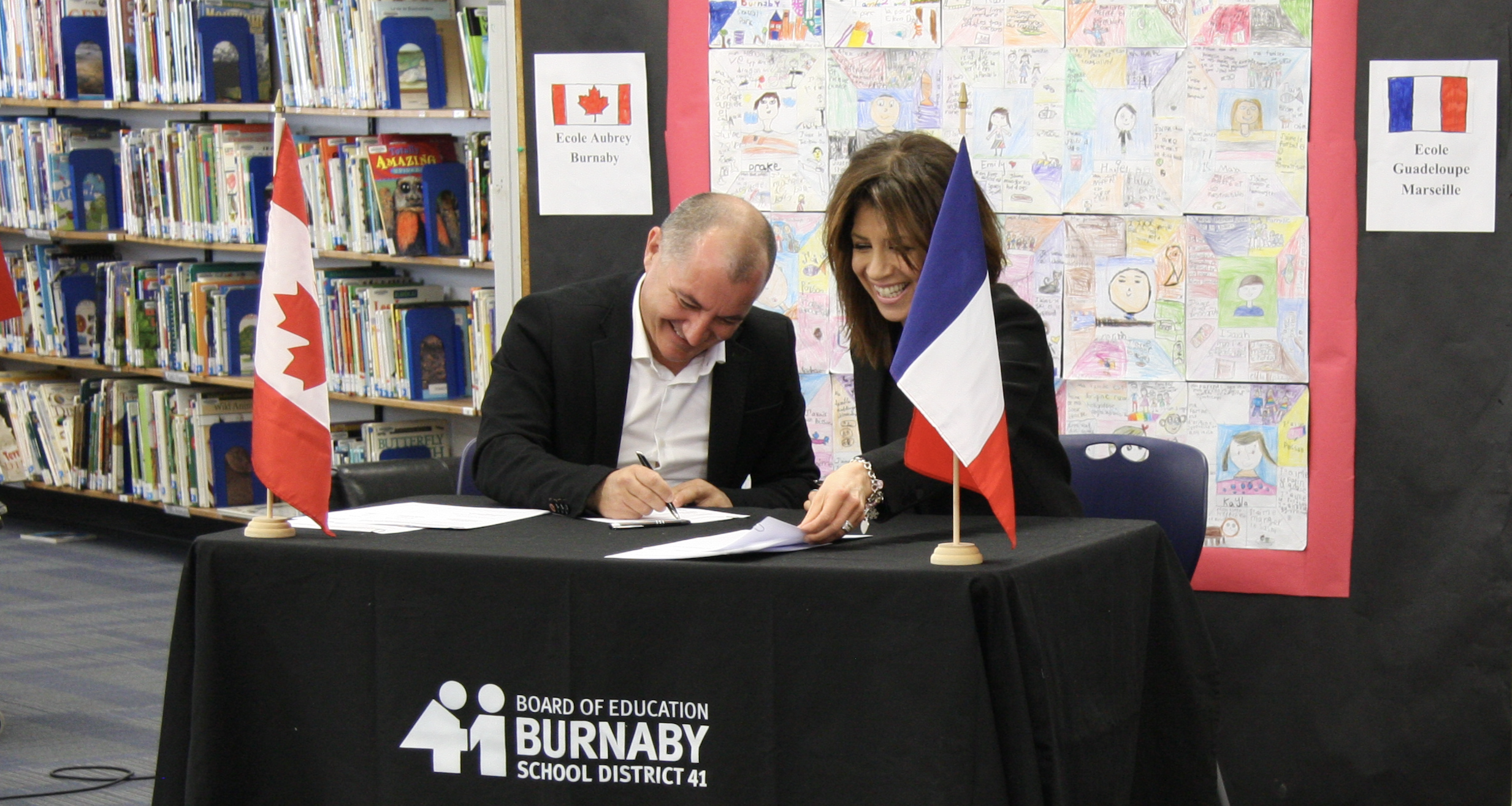 Throughout history, France has inspired endless writers, musicians, and artists. Now it will be inspiring our students in the Burnaby School District.

On April 16, at an event at École Aubrey Elementary, the District signed an official Memorandum of Understanding with Académies d’Aix-Marseille et de Nice, located in the south of France. As the popularity of French Immersion continues to grow, this new partnership will foster additional opportunities for our students: to further develop their French language skills; and, to be inspired by French culture.

“French Immersion curriculum offers students the opportunity to explore and better understand the realities of their own culture, as well as the cultures of the French-speaking world,” said Vice Chair of the Burnaby Board of Education, Jen Mezei.  “And what better way to enrich our students’ learning environment than through this kind of partnership.”

To begin, students in three schools in France and five elementary schools in Burnaby will connect. Our teachers know that experiential opportunities are important motivators to support children with learning a language. This is a wonderful chance to do that.

“Our buddy class is really excited to have pen pals in France,” said Cristian, a Grade 5 student at Aubrey.

As the partnership progresses, there will be chances for the students to communicate with a virtual exchange, as well as expansion to include secondary schools.

Our sister district is nestled in the shadow of the Alps, and enjoys the warm climate of the Mediterranean coast. Christophe Gargot, Director of International Relations for Académies d’Aix-Marseille et de Nice, shared that this partnership supports students and staff in his district with English Immersion, including sharing best practices.

“We have many things to learn from you,” he said. “When I see the children here today singing – with their accent already quite proper – they are proof of what is already being done right.”

This opportunity was made possible because of the shared vision between the Government of France and the Government of BC. The event at École Aubrey Elementary also included the MLA for Burnaby-Lougheed, Katrina Chen, esteemed delegates from France – including Philippe Sutter, Consul general of France in Vancouver – officials from both school districts, and several representatives from the Burnaby School District’s partner groups. 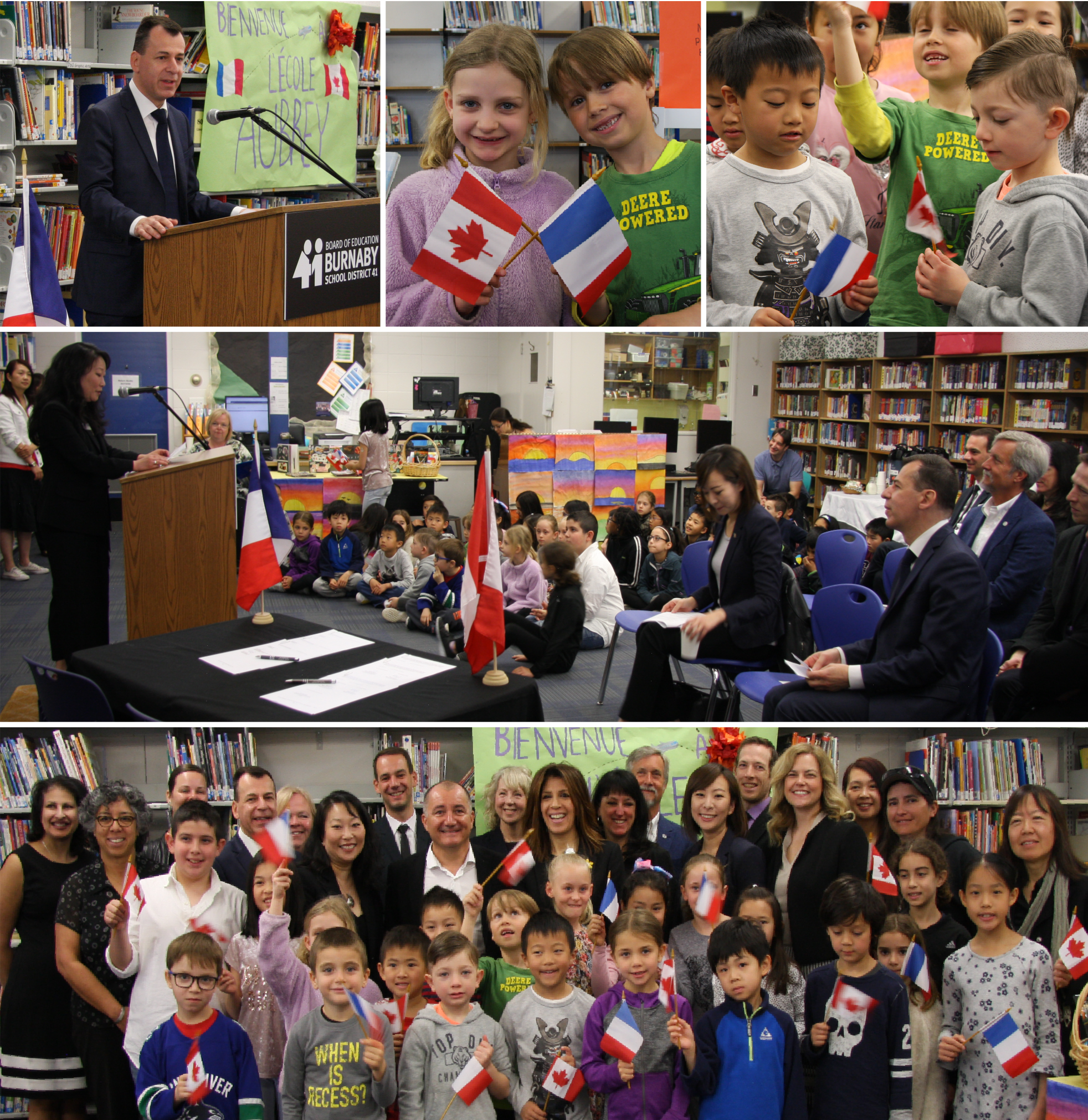