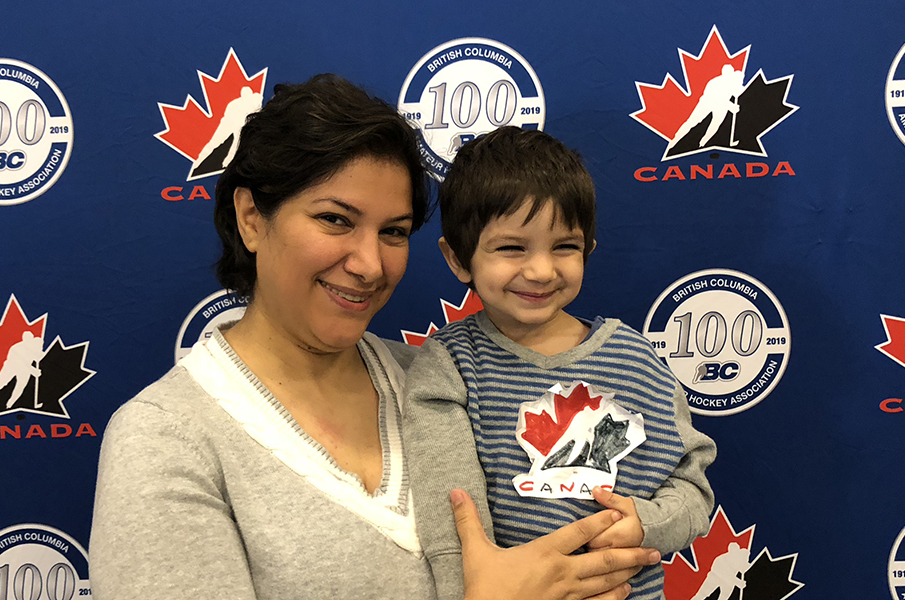 Students and families at Lochdale Community School had a chance to learn about one of Canada’s national obsessions: hockey.

Principal Dino Klarich explained why he decided to celebrate hockey with an event at his school. “We have a lot of families who are new to Canada and love learning about what the country has to offer. With the World Junior Championship coming to the Lower Mainland it seemed like a great time to come together as a school community and celebrate hockey.”

Only a handful of the children from grades Kindergarten to 7 at the school play hockey themselves. They had the chance to try out hockey skills under the guidance of students from Burnaby Central Secondary, who are part of the hockey academy (which is put on in partnership with the Burnaby Winter Club.)

“It was awesome,” said grade 4 student Madeleine. “It was fun to learn about how to play hockey and stuff.”

Mahboobeh Eslamisamani’s son Artin is in Kindergarten at Lochdale. The family moved from Iran six years ago. “It was perfect,” said Eslamisamani. “This was just my first experience with hockey. I would like my sons to play hockey.”

The BC Amateur Hockey Association co-hosted the event and brought the 2015 World Junior Cup to the school for the students to enjoy.