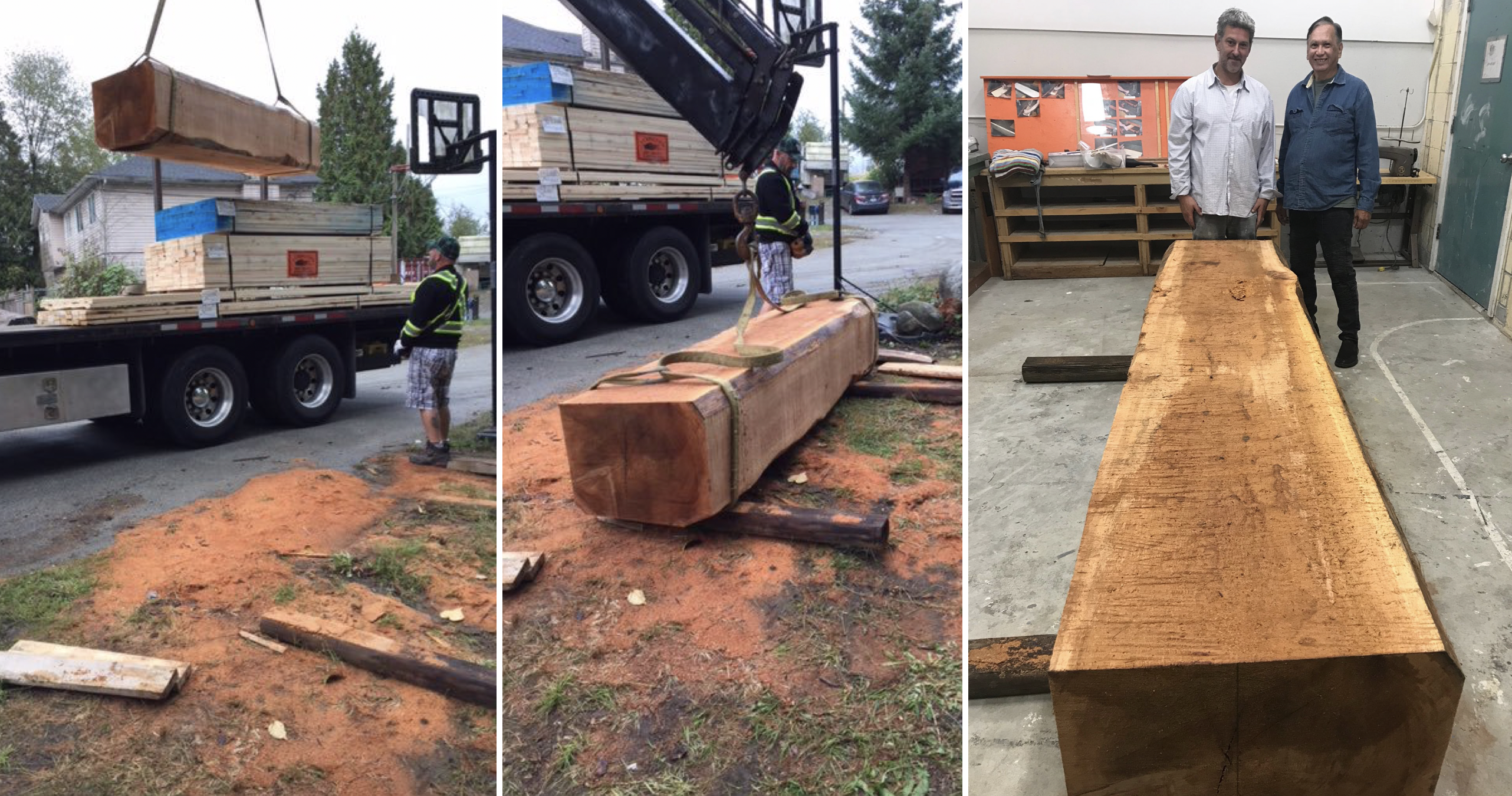 Indigenous students at Alpha Secondary are creating a piece of art to greet all who come to their newly rebuilt school. Students are carving a storyboard under the guidance of Squamish elder and artist, Latash Nahanee, whose nation generously donated a 400-year-old cedar log for the project. It weighed roughly two thousand pounds and had to be transported by crane.

Students planned what they would put on the storyboard carefully. Each animal and symbol was chosen for its meaning, including representation for wisdom, leadership, teacher, friendship, and the joining of cultures.

Additionally, Alpha has welcomed elementary students from within their catchment into the woodshop to help work on the art for their future secondary school.

The finished storyboard will be displayed at the front entrance as a symbol to everyone that Alpha stands for inclusivity, acknowledges the Coast Salish land on which it stands, and welcomes all who come to the school.

In addition to the Squamish Nation, the project is also being supported by ArtStarts, the Burnaby Firefighters Union, Unitech, and Alpha’s PAC. 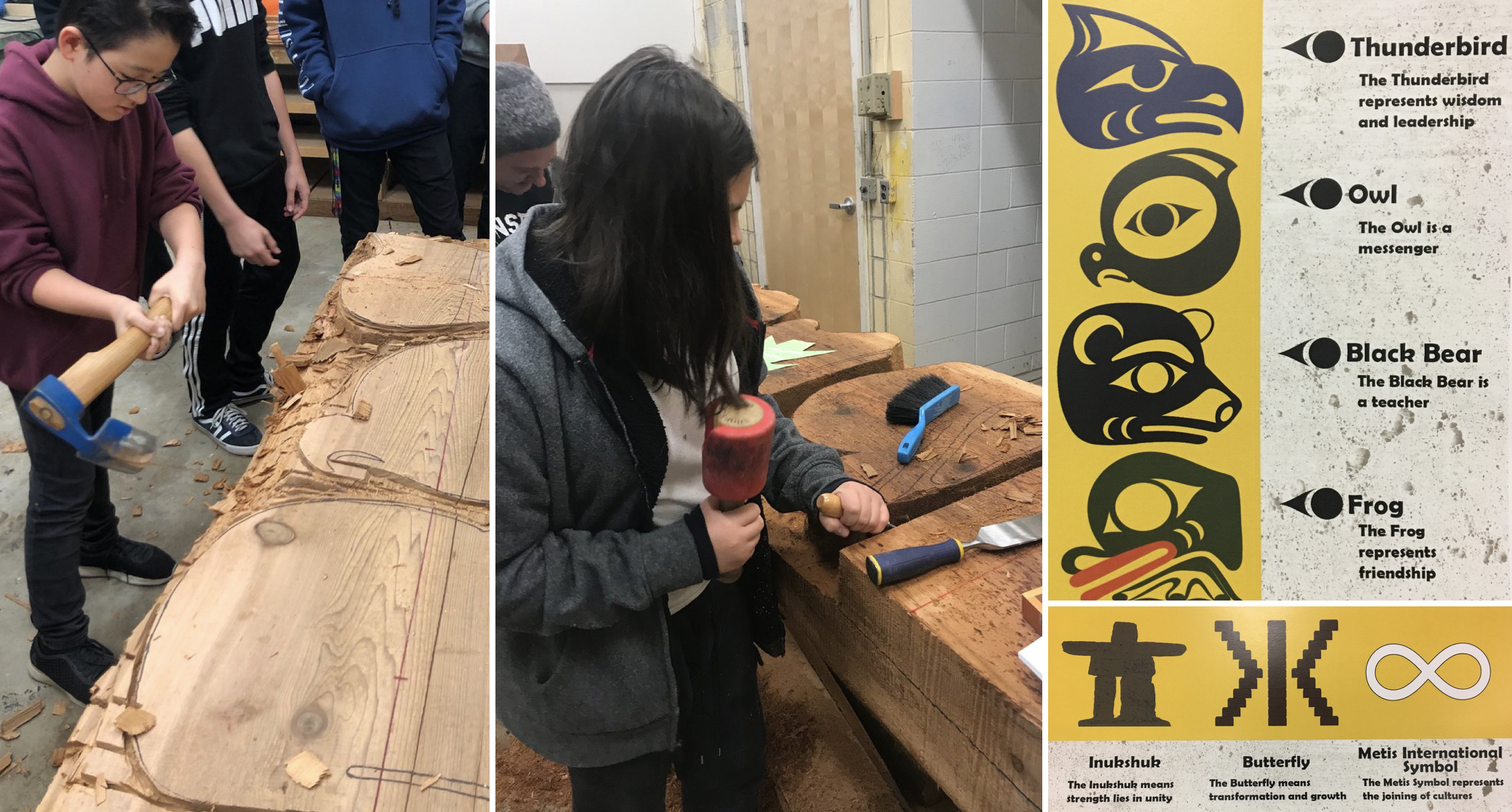