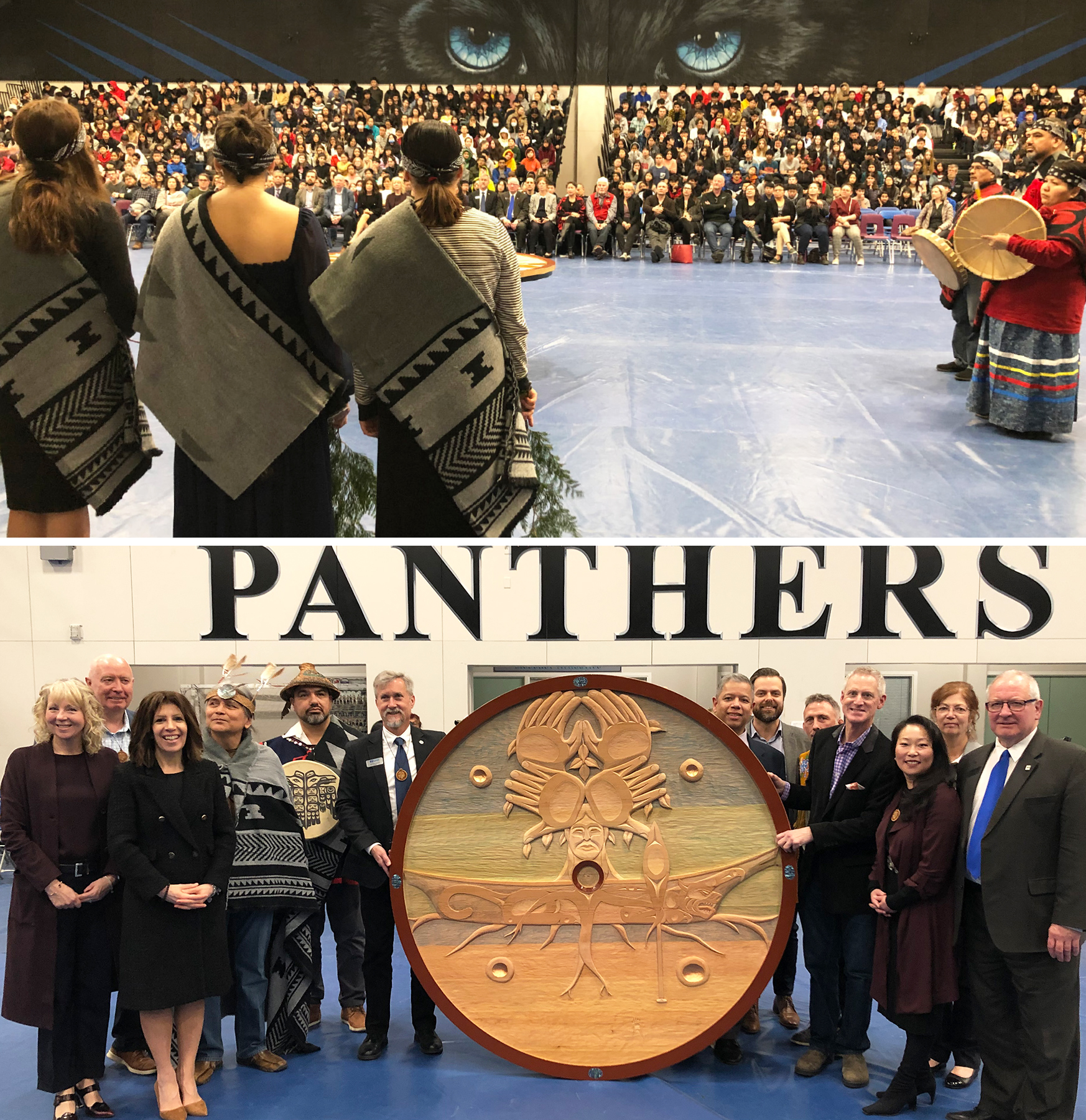 Moscrop Secondary held a Blessing Ceremony in February for its newly completed Spindle Whorl, carved under the guidance of Indigenous artist and Squamish Nation Elder Xwalacktun. He and the entire school community spent many months creating the wooden carving which is 6 feet in diameter.

The whole piece is a Coast Salish Spindle Whorl and the whorl is the cycle of life, a symbol of movement.”

Ideas for the design resulted from a collaboration with the school and the artist. Moscrop Principal, Paul Fester:

We started off with the staff talking about, not what should be on it, but what are the ideals that represent Moscrop. Then we had another visioning evening with students and parents and just tried to get what’s important to our community. The artist was there for that process and took the themes that came out and incorporated that into the design.”

Each element was chosen for its meaning to the school, such as the Coast Salish canoe with a Moscrop black panther carved into it, representing the journey the community is on together. Another example is a tree with roots symbolizing that we are all the same people with the same grass roots.

A blessing and ceremony was held in February for the completion of the carving to acknowledge the work of Xwalacktun and the entire school community, who carved with the elder. The ceremony is a traditional way for the artist to pass responsibility for the carving to the community who is receiving it, and give even greater meaning to the piece, itself. Xwalacktun:

At one time it was a tree but we’re going to give it new life.”


Protocol at the blessing was led by members of the Squamish Nation: Sempulyan, Stewart Gonzales and Spelexilh, Angie Dawson. Drumming was led by Elder K’etximtn, Alroy Baker. Special guests from the community were invited to join in, including Board Vice-Chair Jen Mezei who was among the official witnesses at the ceremony.

Student involvement is ongoing. As a way to preserve its meaning, they are making a written record of what the Spindle Whorl’s symbols represent. The dance program is creating a dance related to the themes. The year book’s photography group have also been taking a time lapse pictorial of the carving.

Xwalacktun and students painted a complementary wall design with Salish eyes with hues representing the colours of the medicine wheel to encircle the mounted carving. It now hangs at the front entrance of the school as a symbol of Moscrop’s journey together acknowledging the Coast Salish land on which the school stands. 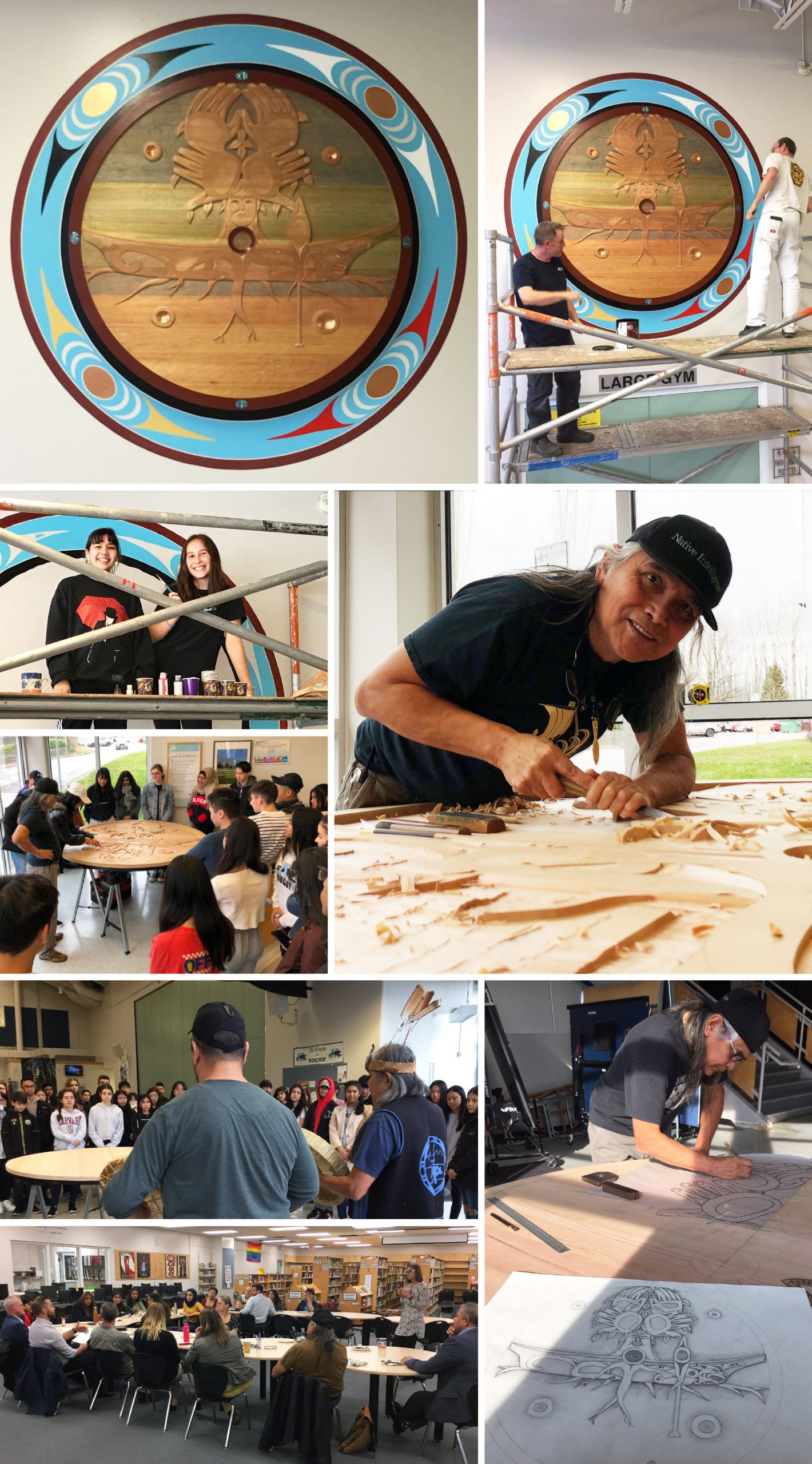