As a staggering number of refugees continue to flee Ukraine, the District’s Settlement Workers in Schools – or SWIS workers – are ready to help children and families who come to Burnaby.

Since the crisis began, a small number of families have arrived from Ukraine and have children already settling in at schools in the District.

Natalya Khan is the Coordinator of the SWIS program.

SWIS workers are a very experienced team. We work together and we do have a roadmap on how to support refugee families.”

The team takes a creative approach with all newcomers, as needs vary from family-to-family. Using a variety of strategies, SWIS workers connect immigrants and refugees to resources and support feelings of connection for the families to their new city and children’s school.

For example, after a two-year break during the pandemic, the SWIS team restarted a program called Body Worlds and the Brain for teenage refugees.

It provides students who came from war and conflict zones a place where they can connect with peers who have shared similar experiences – all while trying an activity they haven’t done before.

The program was designed by a registered psychologist and began exclusively in Burnaby in 2011. It helps youth dealing with trauma by providing “backdoor counselling” through group confidence building that approaches trauma with play and activities.

The most recent cohort of teen refugees – most of whom are originally from Afghanistan – wrapped up the 10-session program earlier in the month with a field trip. The thirty students, from secondary schools in the District, went to Timberline Ranch in Maple Ridge. There they did a challenge course, team building activities, and horseback riding.

Settlement worker Mambo Masinda has been one of the facilitators since the program started in the District.

The types of trauma these teenagers came to Canada with ranges – they may have witnessed extreme violence, such as having seen a family member killed. Or another example is that they may have been confined to a refugee camp for years where they struggled to get access to food and may even have survived violence within the camps. The opportunity for them to share their experiences with somebody their own age who understands and is also healing from trauma is very meaningful.”

Masinda says the format of the program – where there are a mix of activities, such as sports, dance and other things the students want to try – makes all the difference. He says the changes in the students’ comfort levels show slowly over time, and the lasting impact can be huge.

One of the biggest lessons we have learned is it is possible to address counselling without telling them it is counselling. In many societies outside of Canada people don’t want to hear about counselling – they associate it with being weak. So, finding a way to get them talking with each other while doing activities is about healing. When you see students timid in the beginning and then being able to name and share their emotions along the way it is really amazing to see the impact.”

The key, Masinda says, is that they know and understand that they are not alone. He says that as the students share stories and bond with one another, they get more and more comfortable. That also shows when they are in the school system.

Since the SWIS program began in the District in 2007, settlement workers have provided services in Burnaby to tens of thousands of newcomers to Canada.

Learn more about the SWIS program in Burnaby Schools 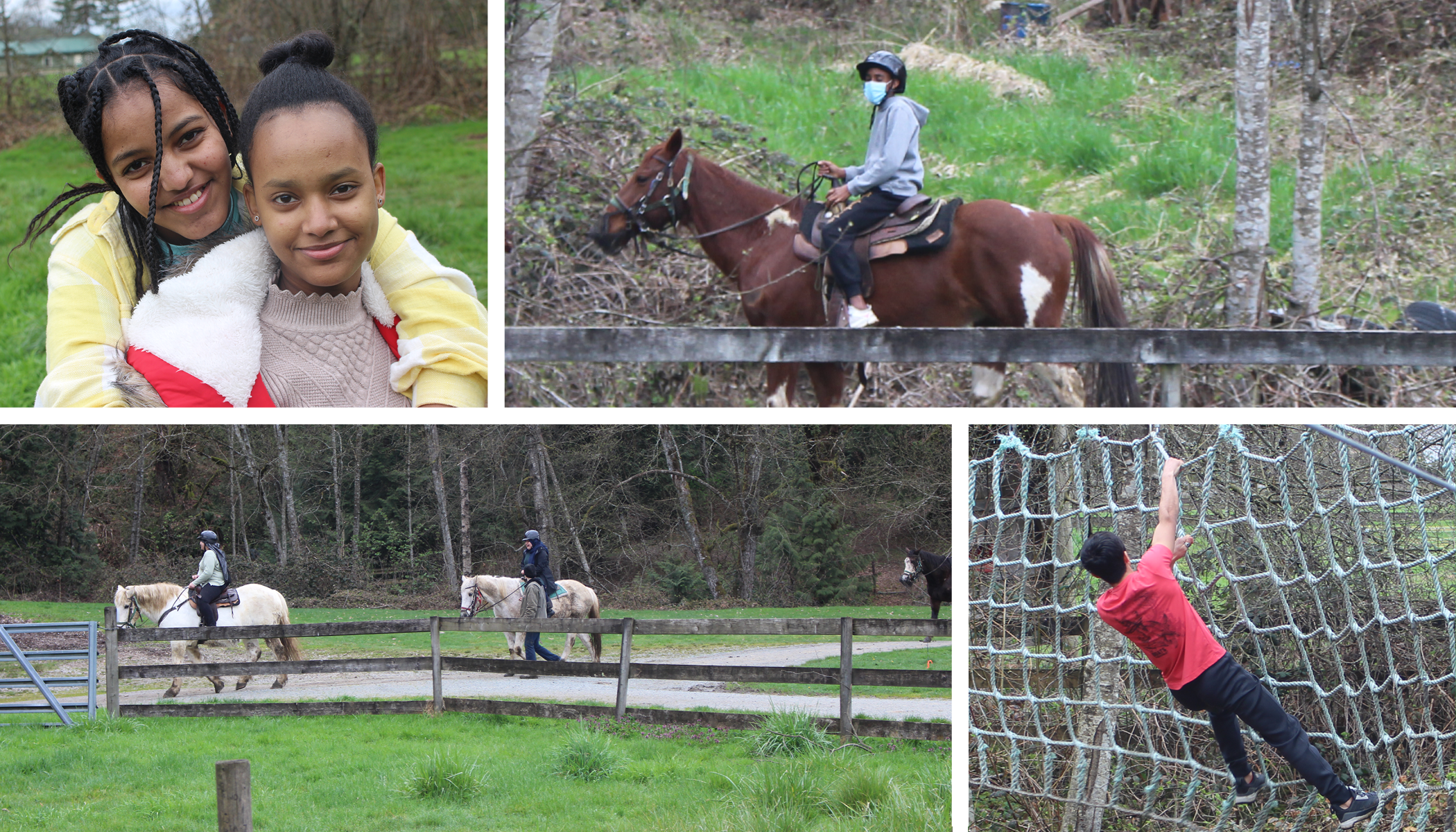