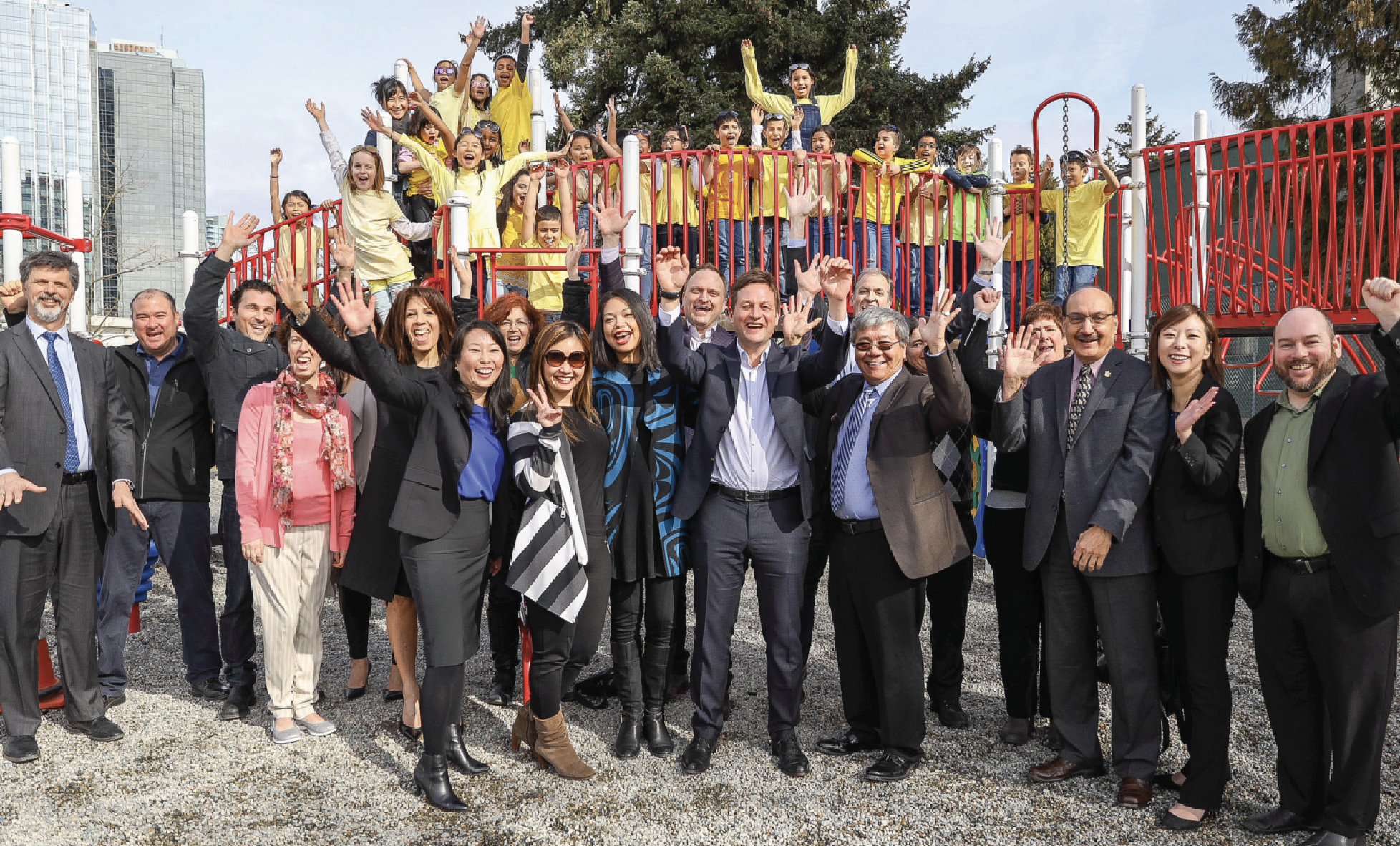 Play is important in children’s lives. While enjoying themselves and getting exercise, they’re also developing social and problem-solving skills.

“A playground is so central to the student experience that when the structure is past its prime, the entire school community feels the strain of it,” said Board of Education Chair, Gary Wong at the announcement on March 15. “On behalf of the Burnaby Board of Education, I want to extend our sincere appreciation to the Government of BC.”

The Government’s Playground Equipment Program (PEP) will invest $5 million in 50 new playgrounds in 34 school districts around the province, including 30 universally accessible playgrounds.