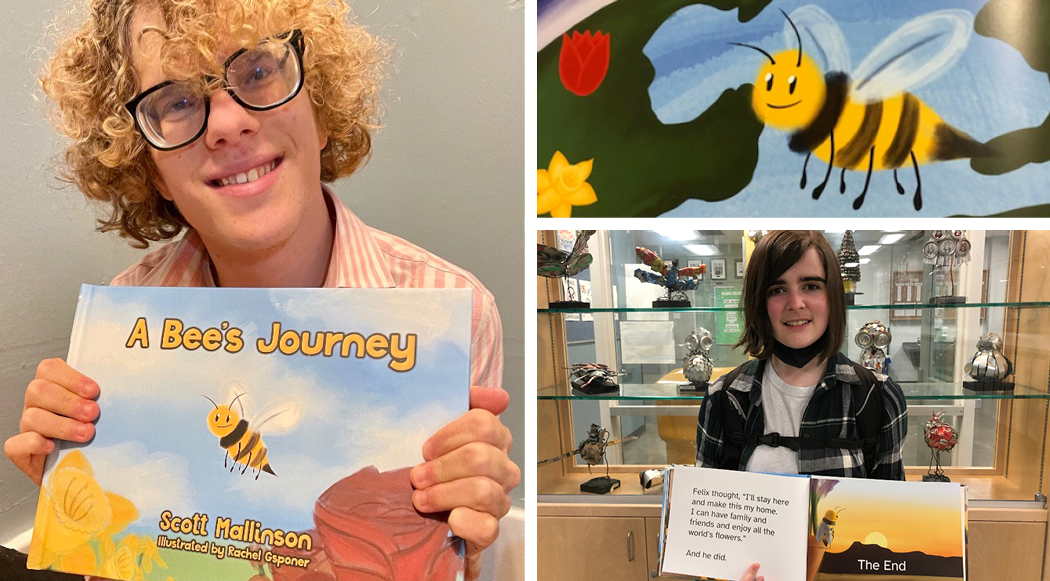 Publishing a book is a monumental achievement for anyone. Sixteen-year-old Scott Mallinson, author of A Bee’s Journey, says it has been so much more for him: a way to share happiness and story with all children, including those with visual impairments, and a way to express himself that seemed impossible just two short years ago.

When the now Grade 10 student arrived at École Alpha Secondary for Grade 8, communication was a challenge. Scott is deafblind. He also has cerebral palsy, which impacts communicating through sign language. With the support of his family, about two years ago everything changed when Scott developed the skill to type on an iPad to converse with those around him.

In the summer of 2020, with people already feeling the drain of the pandemic, Scott used his writing skills to bring joy to others. He says he always loved stories at school – both initially at the BC School for the Deaf where he attended until Grade 6 and enjoyed “the ASL stories that they would bring to life,” and later at Rosser Elementary. Scott took that love of story and used it as a way of connecting virtually during the pandemic with his six-year-old cousin, initially creating the bee tale for him. He then shared it with the children of family friends, who asked for pictures. That’s when he contacted Burnaby Mountain Secondary student Rachel Gsponer – their mothers are friends, and the two teens have known each other since they were babies. They connected via text message so that Scott could share what he visualized when he told the story. Rachel used the information to create the illustrations, adding her talents and artistic flair to the images.

As it came together, Scott decided to publish it. While all credit for the book goes to Scott and Rachel, his parents believe that the support of staff at Alpha influenced his trajectory. Scott’s mother, Shelley:

I think that their confidence in him helped a lot – not just to write the story, but to continue on and push it forward to publication, so that if he tried it, he might actually succeed. If Alpha staff had not shown that confidence in him, he might have been a little hesitant to bring it forward.”

Scott’s father Chris shares the shift that happened while at Alpha with Scott’s communication breakthrough in using an iPad:

He’d been sitting in classrooms his entire life and never having the ability to even confirm that he understood what was going on, but he was soaking it all in – learning it all and remembering it all. It’s just been over the last couple of years that he’s been able to tell us about his experiences, how he learns and what he needs to learn more. He’s been soaking up knowledge non-stop. The school didn’t hesitate to get him all the support he needed. He was literally learning to count and now he’s doing complex algebra no problem. He’s at the top of his class.”

It has been quite a journey for Scott – something that his mother Shelley sees reflected in the book. A Bee’s Journey is about a bee who travels the world to smell all types of flowers, ultimately discovering that all he needed could be found at home.

All his life smell has been the biggest sense Scott can rely on. That book represents him. It’s a fun book, but it’s him wanting to see the world and understanding that the world can be closer to you than you think it is. His world may not be as big as others’ – when he goes into a room, he doesn’t see the whole room and can’t hear what’s going on in the room. The bee finding the safety in the last location in the book shows that it’s ok to have a smaller setting in your life. You can bring the world to you.”

And Scott intends to do just that – he already has plans for more stories and has ambitions of making writing a profession. With only word of mouth, his book has been purchased by people from all over. There has also been interest from the deafblind community. Scott ensured that the print in the book was accessible to all. Most children’s books have smaller print and have the writing on a coloured background, which is difficult to see if you have a visual impairment. A Bee’s Journey has high contrast black type on a white background in a large hyperlegible font that was developed by the Braille Institute: a book Scott would have appreciated having when he was a child.

When asked how he feels about being a role model for other deafblind kids, Scott’s response is modest:

I never thought about it before. I feel it’s my responsibility to show that I can. If I can do it, I want others to know that they can do it, too.”

Scott says publishing the book and seeing the reaction to it is a dream come true:

The best is seeing kids enjoying it. I had an idea of how I could make a book. It took a long time and it was hard, but I love it. It’s just so unbelievable that I can say I have a book… It’s just a kids’ book, but it’s so much more to me. It is the start of my future. It represents where I want to go.”

Information about how to get your own copy of A Bee’s Journey can be found on Scott’s blog here. 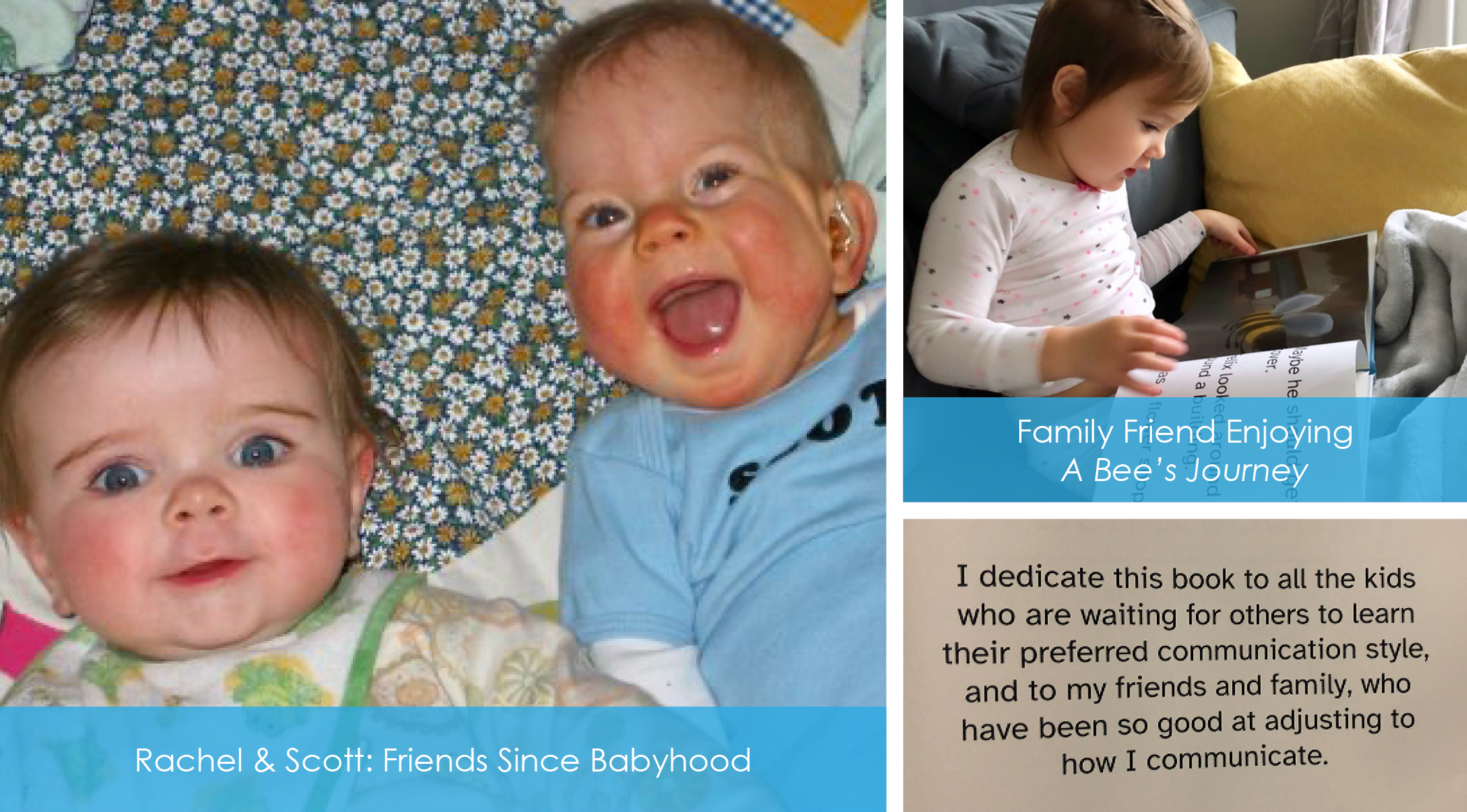