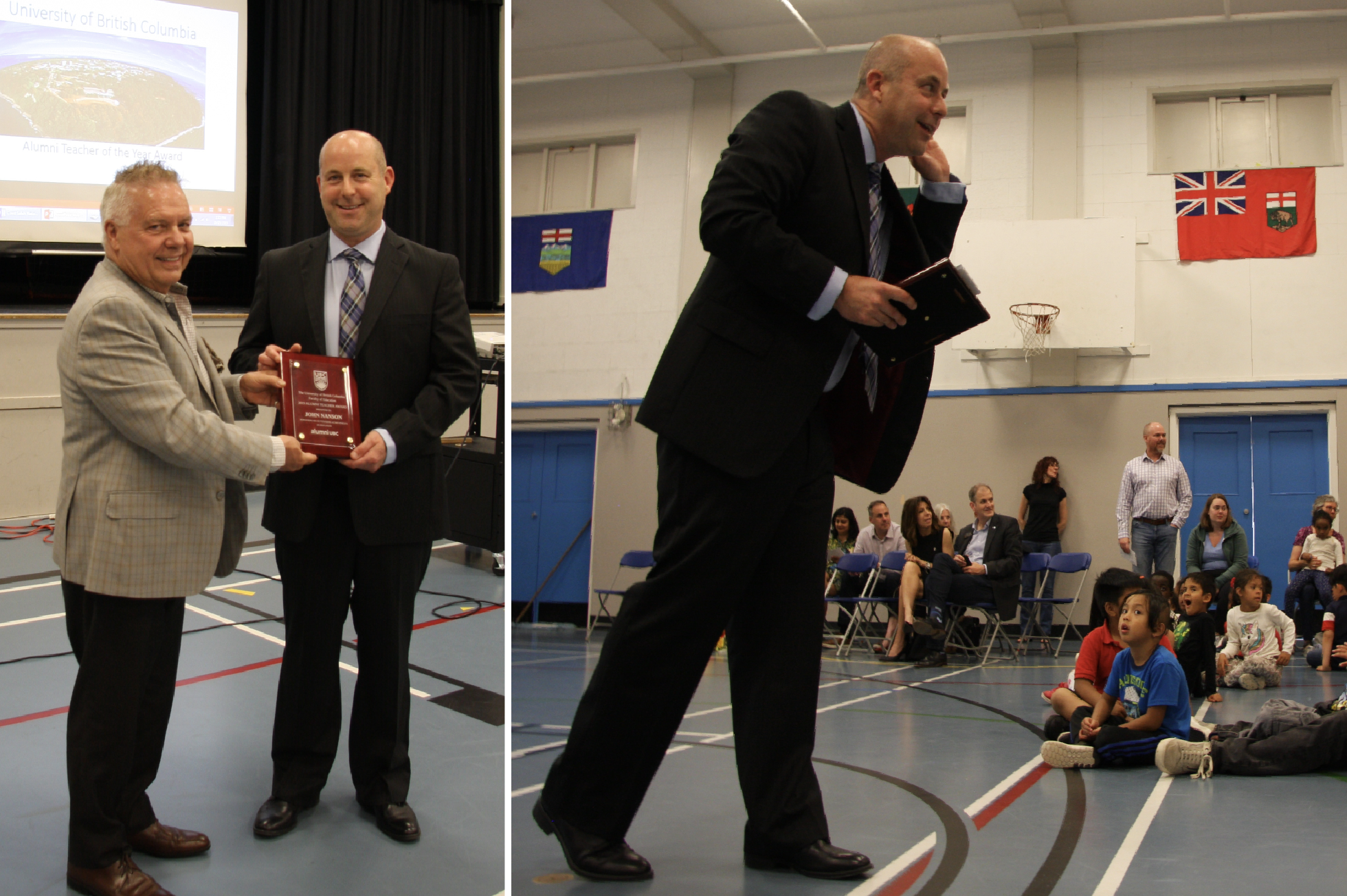 UBC annually recognizes one of its graduates with the Alumni Teacher of the Year Award. This year, that honour was given to John Nanson, Community School Coordinator at Edmonds Community School.

The award was created by the UBC Faculty of Education to recognize outstanding achievement by alumni who are making exceptional impacts in the lives of their students and learning communities.

Students, staff, administrators, and trustees gathered in the gym with Mr Nanson and his family to celebrate his award, which was presented by representatives from UBC including Dean of Education,
Dr. Blye Frank.

Principal Sean Gaster told students at the assembly about the award. He asked them to put up their hands if they knew who Mr Nanson was, and if they said hi to him when they saw him. The entire room threw up their hands enthusiastically.

After being presented with the award and a cheque for $1,000, Mr Nanson addressed the students. He told them he would be donating the money to the school and asked them for ideas on how it should be spent. The suggestion of a vending machine got the most excited reaction. Mr Nanson promised they’d talk more about it later.

Dr. Frank said John Nanson’s nomination package identified the dedication, energy, creativity, generosity and expertise in education that make him an exemplary teacher, who has earned the respect of colleagues, parents, and most importantly, students. The committee was especially touched by his ability to create a welcoming and inclusive environment for students and their families. The caliber of content in John Nanson’s nomination package was outstanding, and his demonstrated commitment to students and the larger community made it stand out from the rest.

The nomination package included quotes. It was said that Mr Nanson “recently worked within his own network of family and friends to support a refugee mother move her family from a war torn conflict zone to safe harbour.” He has supported many families over the years in various ways. A Syrian refugee family said (in Arabic), “John is someone who I can trust and rely on for support. Although I don’t speak the language, every time I go to the community room he welcomes me with a big smile.” 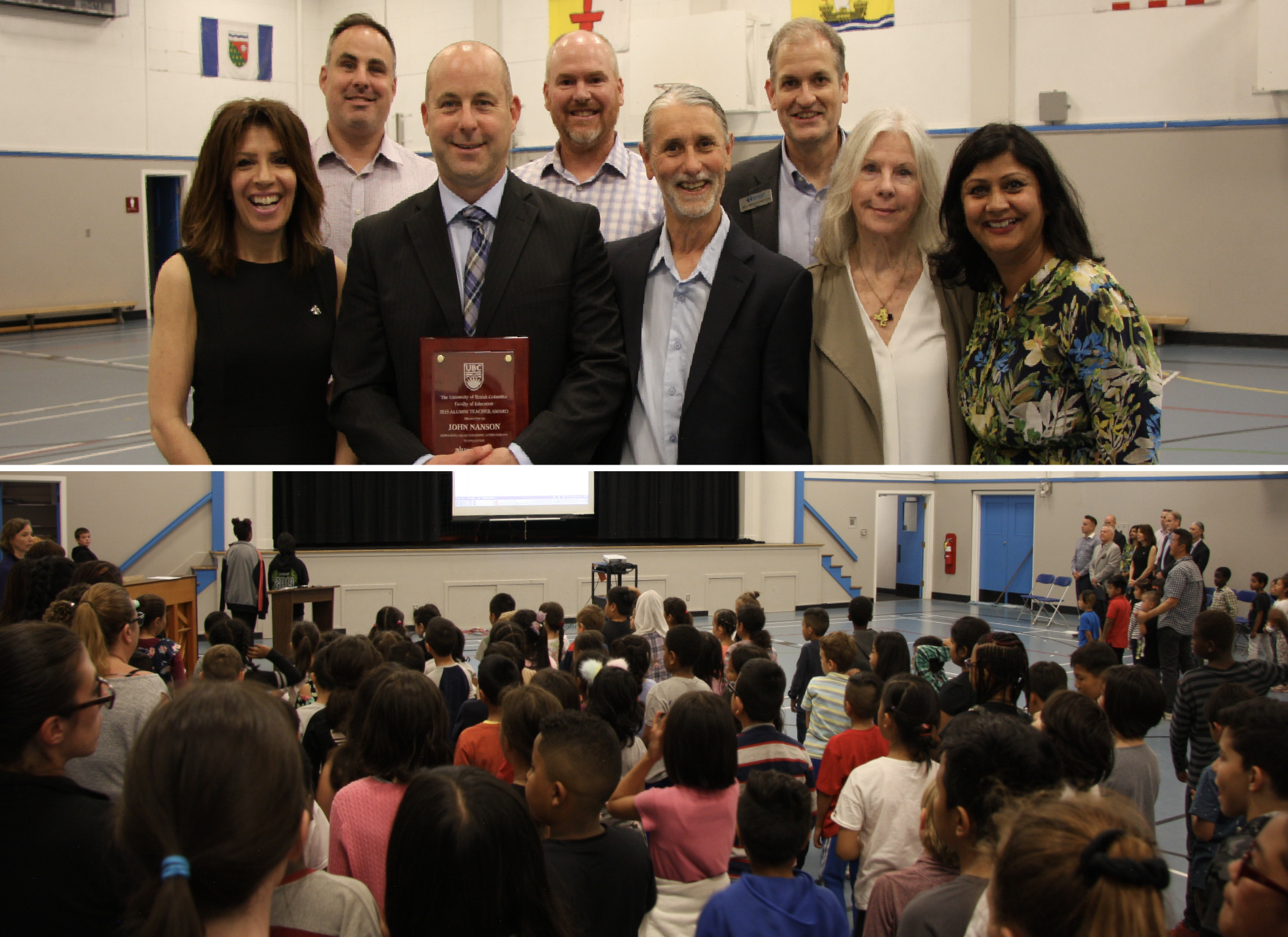