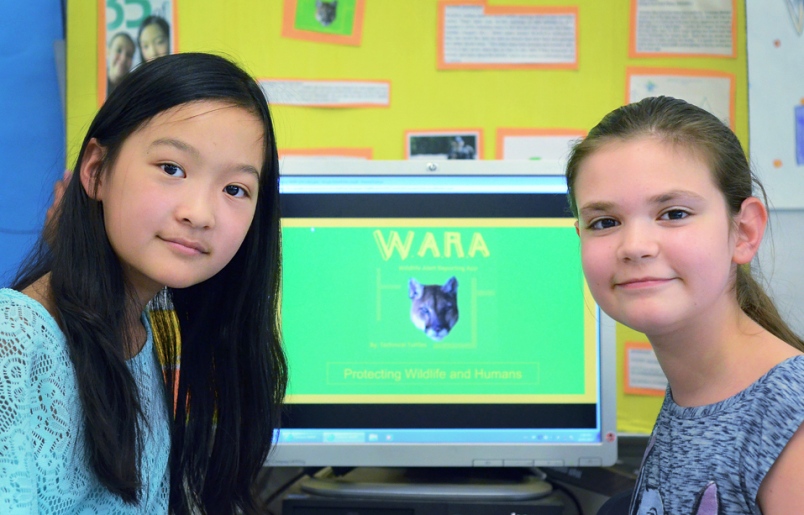 A couple of techno-loving, entrepreneurial young ladies at Cameron Elementary have merged their love of wildlife with a way to keep both wildlife and people safe. Collaborating with Wildsafe BC on the concept, they developed the prototype for an app they call WARA that would do just that – alert people to danger and help them stay safe in the presence of wild encounters. They worked on the project as part of the global tech competition called Technovation. It so impressed virtual judges from around the world that it was picked to be one of Canada’s 10 Technovation semifinalists in the junior division. Way to go, Carina and Isadora! (photo by C. Naylor, Burnaby Now)  LEARN MORE