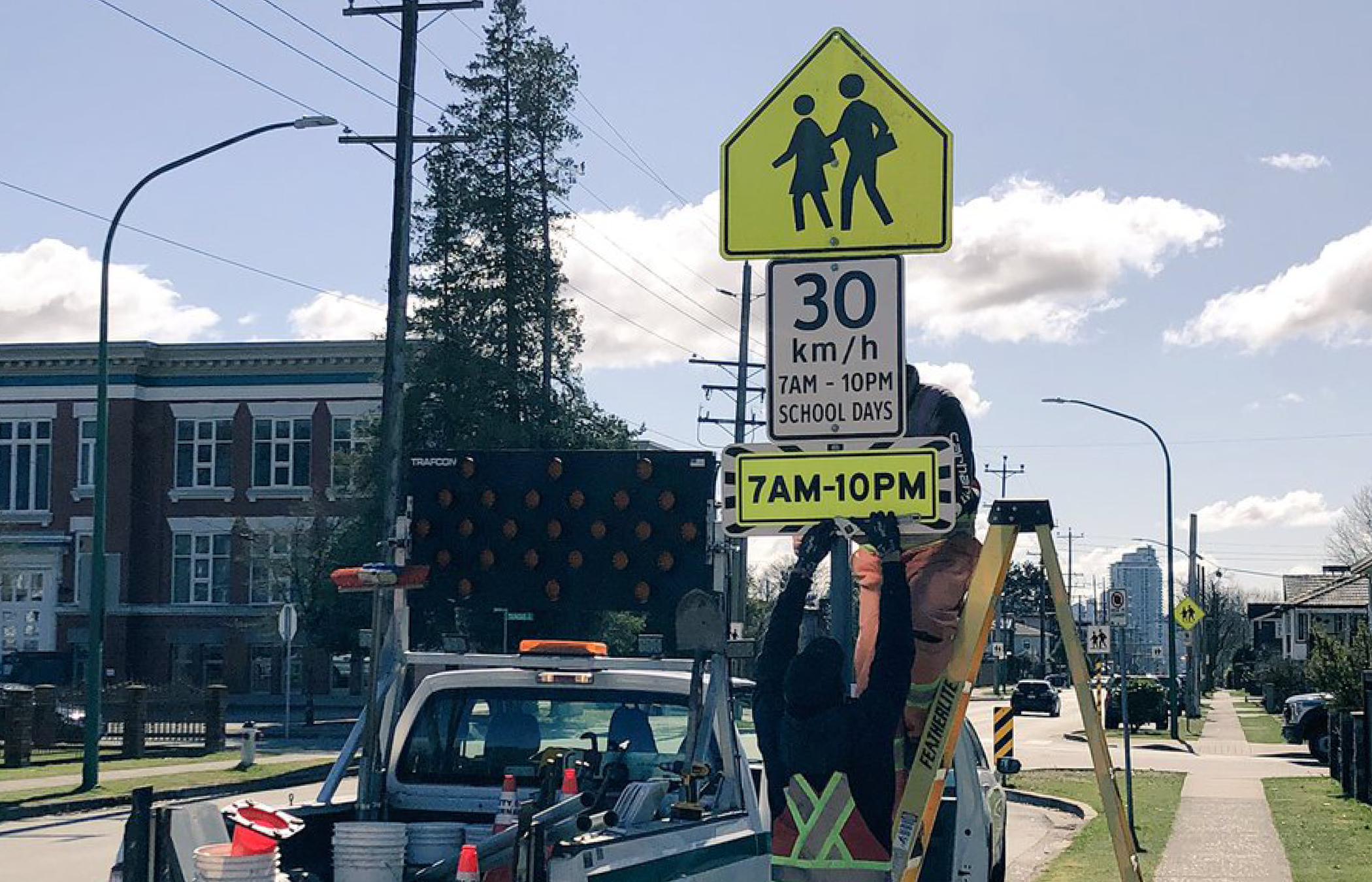 School zone times are getting longer, and speed humps are being added near many parks to enhance safety for children and youth. The 30km/hour speed limit in Burnaby’s school zones will be in effect from 7am to 10pm, Monday to Friday when schools are in session. This is a significant increase in hours from the previous 8am to 5pm.

Burnaby is the first municipality in the greater Vancouver area to enact expanded school zone hours. City Council approved the series of traffic calming measures after examining a request from the Burnaby Board of Education and the City’s Parks, Recreation & Culture Commission.

This expansion of school zone hours and adding more speed humps by schools and parks makes roads safer where children learn and play. It also recognizes that schools are the heart of a community and our buildings and grounds are used earlier in the morning and into the evening for classes and activities. We’re grateful to the City of Burnaby for acting on the request from the Burnaby Board of Education and putting in place these additional measures to better protect children and youth.”

Lower speeds are known to reduce the likelihood and severity of a crash between cars and pedestrians.

The City will install approximately 600 signs indicating the expansion of school zone times and 200 speed humps at 72 locations (near 36 schools and 36 parks). Sign installation is beginning the week of March 15 and anticipated to be complete by the time students return from Spring Break on March 29. The expanded school zone times are enforceable as soon as the new signs are installed. Speed hump installation will begin this year with completion anticipated by 2026.

Read the Report to City Council on February 8, 2021 (Includes List of 72 Parks and Schools Eligible for Speed Humps)