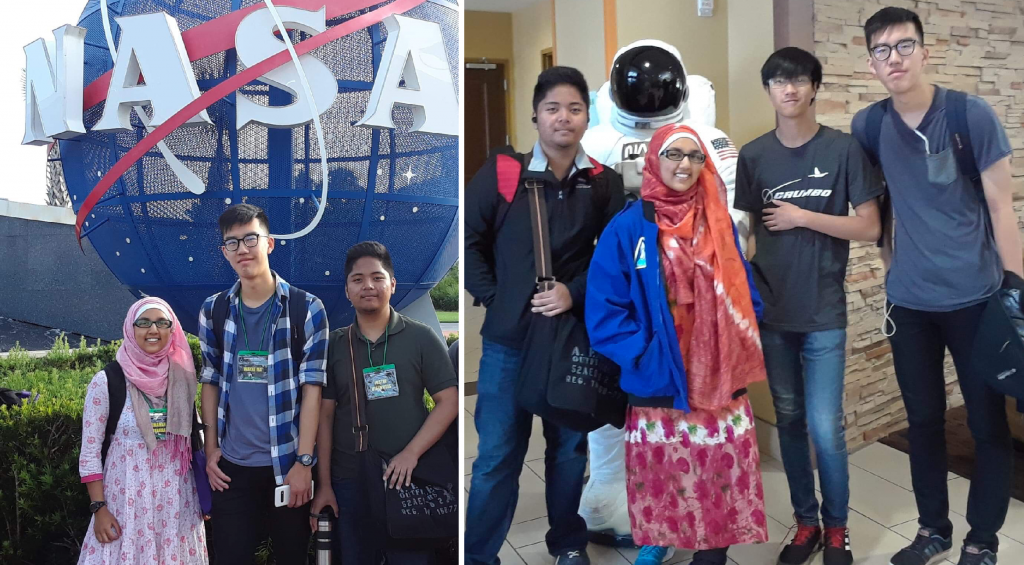 Byrne Creek Secondary students represented Burnaby Schools at a prestigious competition held at NASA’s Kennedy Space Center this summer – and three of them were on the winning team.

Four students secured their invitations to NASA after placing at the Canadian competition held at UBC in May. Students Justin, Umamah, Wilson, and Wayne (pictured right, L to R) joined their peers from around the world in Florida at the International Space Settlement Design Competition.

The competition emulates the experience of working as a member of an aerospace industry team. To help accomplish the challenging task of designing a space settlement, each team is provided with one of the aerospace managers attending from Australia, India, and the United States. Students must design an overall structure, define resources, establish transportation, engineer computer and robotics systems, and show examples of community design, while providing costs and schedules for project completion. The panel of judges is made up of NASA engineers. Justin, Umamah, and Wayne (pictured left) were part of the winning 57-member team from Canada who took the competition.

It was an amazing opportunity for students to learn from real-world aerospace engineers, while exploring careers, and trying their hand at designing a space settlement with their peers.”

In the 30-year history of the competition, there have been only two teams that have participated from Canada – making it extra exciting that the Canadian team and our Byrne Creek students won this year.