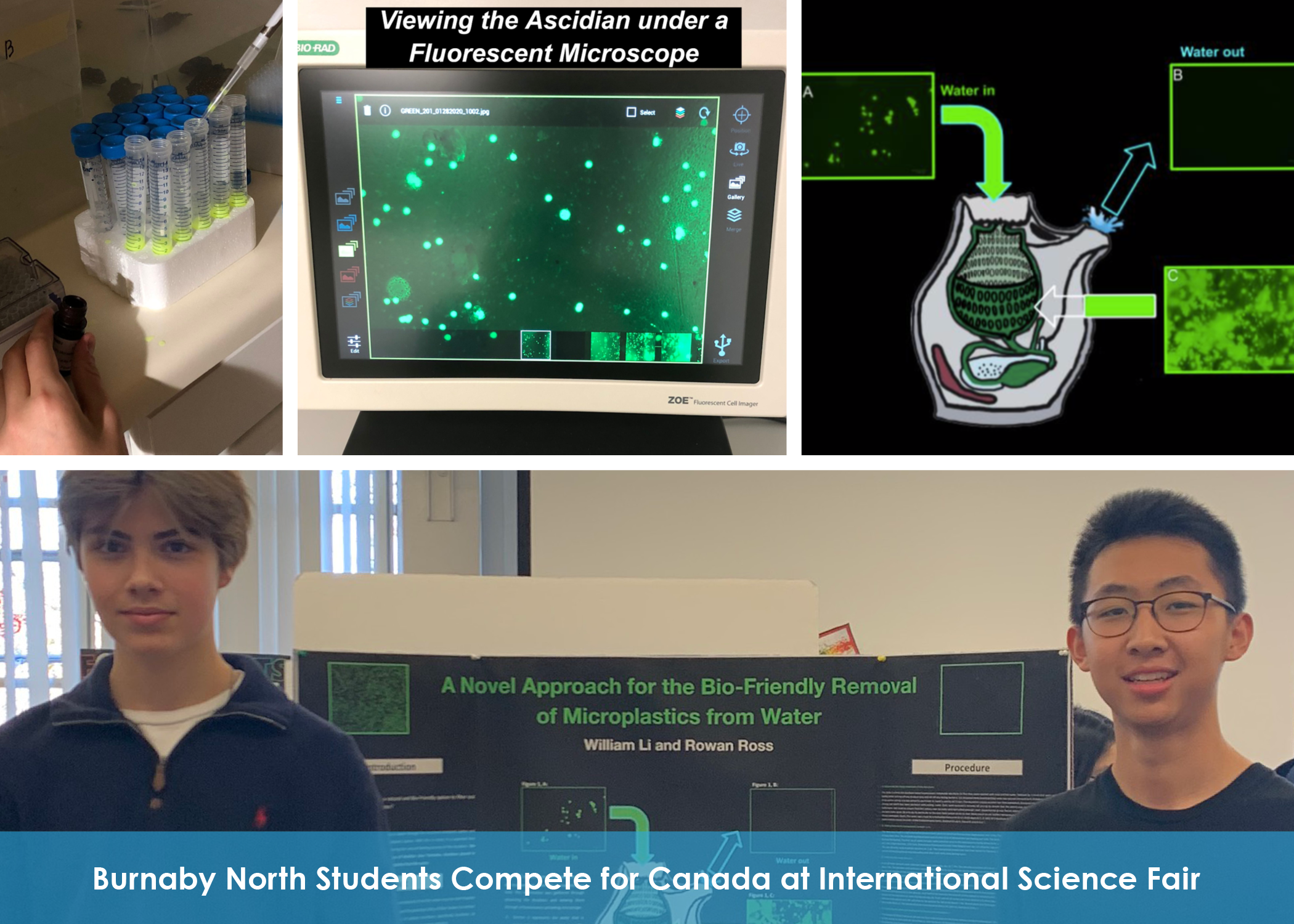 Secondary students received high honours for their projects, with multiple awards at the Greater Vancouver Regional Science Fair, and three students moving on to prestigious national and international science fairs to be held virtually in May.

Burnaby North Secondary students William Li and Rowan Ross are competing for Canada at the 2021 Regeneron International Science and Engineering Fair. The Grade 11 students’ project focuses on bio-friendly extraction of microplastics from water, using a type of round worm. They and six other students from across Canada were selected by a panel to compete at the virtual event from May 16-21. Students from more than 80 countries will participate in the fair, billed as the world’s most prestigious youth science, technology, engineering and mathematics (STEM) project competition.

After winning gold at the Greater Vancouver Regional Science Fair, École Moscrop Secondary student Wendy Fang is moving on to compete at the Canada-Wide Science Fair in May. Her project is an air monitoring system for pollen. The virtual Canada-Wide Science Fair brings together top young scientists and their projects, selected at more than 100 regional STEM fairs in every province and territory.

Thirty-eight public and private schools from Vancouver, Burnaby, Coquitlam, Richmond, Port Moody, Port Coquitlam, North Vancouver and West Vancouver competed at the Greater Vancouver Science Fair. The results were announced this month for the 132 projects involved, with the work of multiple students from the Burnaby School District selected by volunteer judges for awards.

Burnaby North’s Liam Ferdinandez took the silver medal in the Junior Division for his project: “Does the shape of a ship’s bow affect its speed in the water?” And the work of more students was recognized with honourable mentions in the Intermediate Division: Burnaby North’s Evan Pena, and Moscrop’s Mark Pan and Mihailo Misic.

Learn more about their projects in the links below as well as additional Burnaby students who showcased their work:

Learn more in a Burnaby Now article about their win.

Liam Ferdinandez, Burnaby North Secondary
Does the shape of a ship’s bow affect its speed in the water? Let’s find out!

Evan Pena, Burnaby North Secondary
Does the temperature of a basketball affect the way it bounces?

Sandy Zheng and Wendy Zheng, Moscrop Secondary
How Does The Length Of Exposure To UV Rays Affect The Amount Of CO2 Released By Yeast Cells? 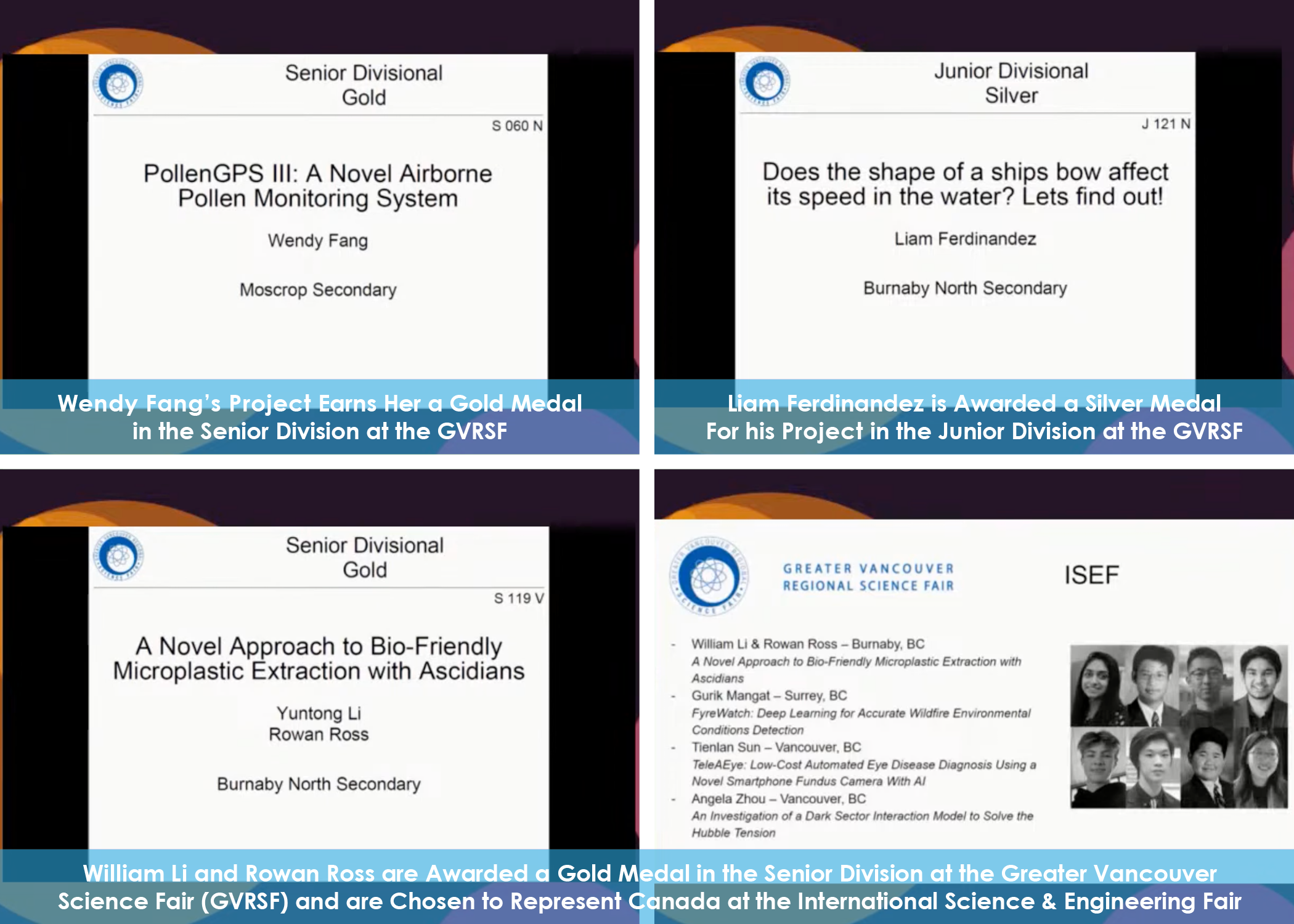