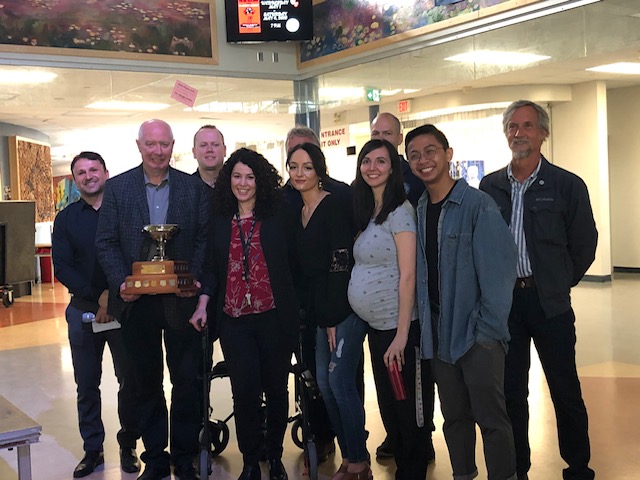 Laida Falsetto is already a beloved teacher at Byrne Creek Secondary, and now the City has named her Burnaby’s Citizen of the Year.

Ms Falsetto was awarded the Kushiro Cup at a special ceremony held at the Shadbolt Centre for the Arts in May. The Cup is awarded annually to an outstanding leader in the community.

Those who know Ms Falsetto say she empowers her students to believe they can achieve anything. A Science and Leadership teacher, her mentorship extends beyond the classroom. She’s helped refugee students settle and integrate into the community, and last year, she led students to create and distribute 80 Christmas hampers. In addition, she’s donated her time participating in numerous community events, including those organized by the Burnaby Firefighters Charitable Society and the iAK Foundation of Canada.