Burnaby is on Coast Salish territory in the traditional and ancestral lands of the hn̓q̓əmin̓əm̓ and skwx̱wú7 mesh speaking people. Burnaby is 90.61 square kilometres and is located at the geographical centre of Metro Vancouver. It borders the City of Vancouver on the west and Port Moody, Coquitlam and New Westminster on the east. It is further bordered by Burrard Inlet on the north and the Fraser River on the south. In 2016, it had a population of 230,080. Of note, with 50% of Burnaby’s population born outside of Canada and more than 100 languages spoken by its students, it is one of the most culturally diverse school districts in Canada.

The Burnaby School District is the fourth largest in BC. The District operates 41 elementary and eight secondary schools, including a range of district programs and Provincial Resource Programs. The District enrols 25,000 K-12 students, and employs 4,000 dedicated employees who are committed to providing all students with a wide variety of innovative, high-quality programs to ensure student achievement in areas that include academics, athletics, trades training, visual and performing arts, social responsibility and leadership. The District also provides lifelong learning opportunities to more than 16,000 adult learners through our established Burnaby Community & Continuing Education program.

The District’s work is governed by the Burnaby Board of Education, which consists of seven Trustees who are elected for four-year terms.

Learn About Our Values 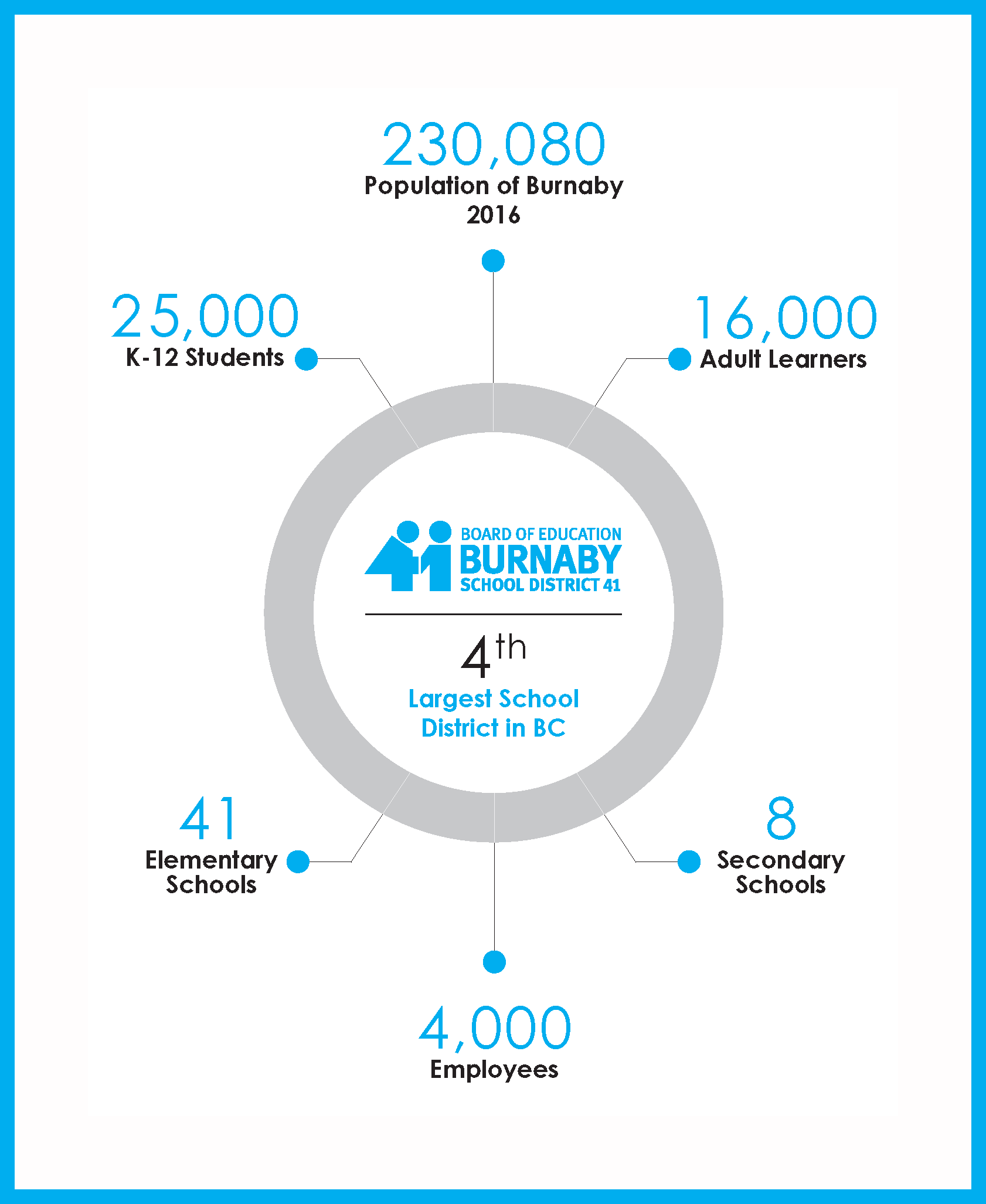